Written by MADISON BRATTOLI on February 2, 2018

American alternative rock band, The Mowgli’s will be starting their 2018 tour with Mainland at a sold-out show at Beachland Tavern on Feburary 20th. The band has been working on their single “Real Good Life” set to release on Feburary 2nd.  The Mowgli’s create powerful, upbeat songs that give their listeners a happy feeling no matter what they are going through. We asked The Mowgli’s a couple of questions about who they are as a band.

Where does the name of your band originate from? Who thought of the name?

The band is actually named after a dog of a former bandmate, who was of course named after the famous Rudyard Kipling character from the Jungle Book. A lot of us identified with Mowgli the character at the time because he was a carefree child of the jungle, and Mowgli the dog was always around in the beginning process of this band, so it just made sense.

How did everyone meet and decide to form a band?

A lot of us go all the way back to childhood. Andy and Katie have known each other since elementary school. Matt and Dave go back to middle school. Josh and Colin were introduced to the crew a little later in life through the LA music scene, but regardless, we have a long history with each other that spans decades.

What is one thing you can’t live without on tour?

We’re very excited about bringing this old school Super Nintendo on this tour. We already have plans to beat Donkey Kong Country on long drive days… also, coffee maker and blender are key for the bus. Clean toothbrushes, laptops to enjoy whatever media we want. And Matt always brings his yoga mat!

What is the most rewarding aspect of being in a band?

Playing shows across the country for fans new and old. It always validates the long drives, and countless hours of hard work. It’s a wild career choice to do this, but interacting with strangers across the country who are personally affected by our music makes it so worth it.

What is your favorite album you have ever created? Why?

Our last album Where’d Your Weekend Go? was special because it was made up of songs we always wanted to record but never got to, as well as some cool new collaborations amongst all of us, that reflected where we stood as a group after like 4 years of non-stop touring.

Who encouraged you the most to pursue music?

I think that answer is different for each of us, but I think it’s safe to say without the support of family who believed in us, none of this would be happening.

Since there are 6 members of the band, do you ever struggle to all find a spot on stage?
We’ve surprisingly always managed to fit everyone on the stage, even in some weird, small awkward venues. It was even harder back in the day when there were sometimes 10 members on the stage at once.

What was the most unique show or venue you have ever performed at?

Red Rocks was a really special one. That’s kind of the pinnacle for all touring musicians. It’s gorgeous there, with awesome curated lineups and the people who go to shows there are so into it. It’s just a magical, musical place.

How would you describe the energy of your live shows?
Well with 6 of us on stage and all the history we have with one another, we like to think that creates a special energy that not many other bands have. Plus our intention is to play songs that make you feel happy. Katie always says you should feel better leaving our concert then when you came in, and I think that mantra has helped us have success on the road.

What song do you enjoy playing live the most?

Everyone’s answer will be different here, but hi my name is Andy, I play drums, and my top 3 songs to play live are “Bad Dream”, “Spacing Out” and a new one called “Kansas City.”

How do you want your listeners to feel when listening to your new single “Real Good Life”, dropping February 2nd?

The song is very “Mowgli” in its themes. Sun shining, palm trees swaying. Life may be hard sometimes, but look around at all the beautiful things it has to offer. This song should be a reminder to cherish those bright, simple moments.

What do you look forward to the most in your band’s future?

Creating more music and sharing it with you all. It’s a goal of ours to take the band international. We’ve toured the U.S. what feels like millions of times over, and with this new cycle of music, we hope it reaches an even wider audience than before!

If you want to experience The Mowgli’s energetic live performance check out their tour dates: http://www.themowglis.net/tour/

Check out “Real Good Life” now released! The Mowgli’s did not disappoint with yet another banger. Available now on Spotify. 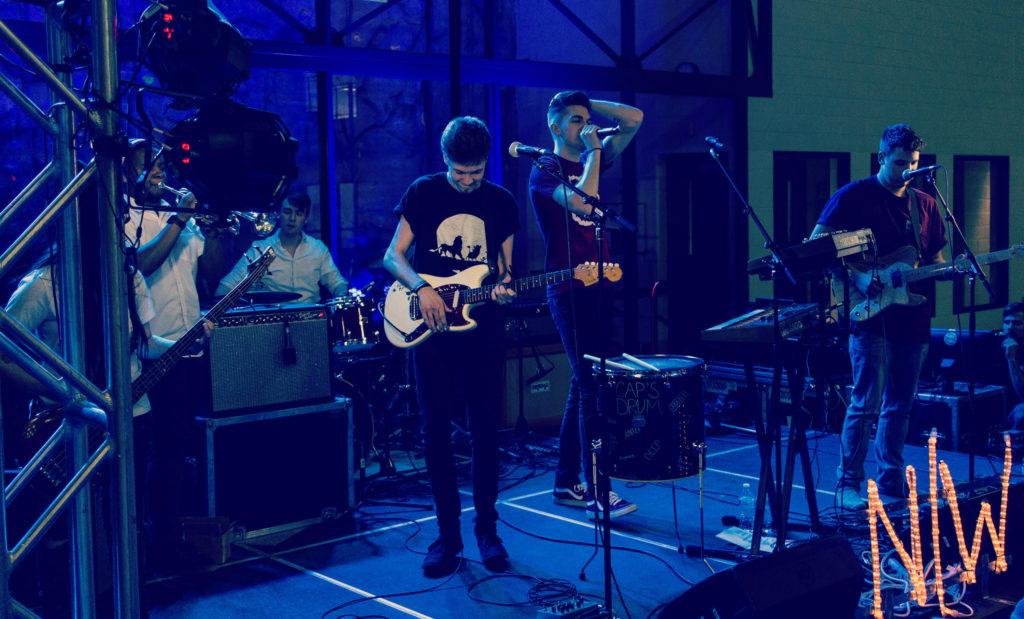