An Interview with Keepsake

Tell me a little bit about Keepsake. When did you form? Who is currently in the band.

We formed in July of 2017. Our band members are myself, Scott Drazdik (Guitar/Drums), Scottie Hunt (Vocals), and Dave McJunkins (Bass). Dave and I were previously in a band together called Up To Nothing so although Keepsake is a newer name in town, we are no strangers to the music scene.

Up To Nothing was a really fun outlet while I was in college here at Kent State. When I was a freshman, I decided that I was going to take summer classes to get out of school a year early in order to focus on music. Although I was constantly busy with homework and being involved on campus, I made sure that I was still able to play shows at least once a month. Up To Nothing got to perform at places such as Euro Gyro, Michels,The Foundry, Mahall’s and random people’s basements! I am extremely grateful for all of the excellent opportunities and people that are a part of the Northeast Ohio Music scene. There are many great things happening everyday and so many talented bands in town. Upon my graduation this May, I decided that I wanted to regroup and start a more serious project. You only get so many chances with being in a band especially at this age.

Once I moved back home to North Olmsted, one of the first things I did was record a few songs for a different project our singer Scottie was in at the time. I went to highschool with Scottie (he was a freshman when I was a senior) and even taught him drum lessons back in the day. Once I started working in the studio with Scottie I knew we had an instant musical connection. I called him a few weeks later asking him to start this new project with Dave and I. He was down and the rest all fell into place naturally. We have been having a blast since. 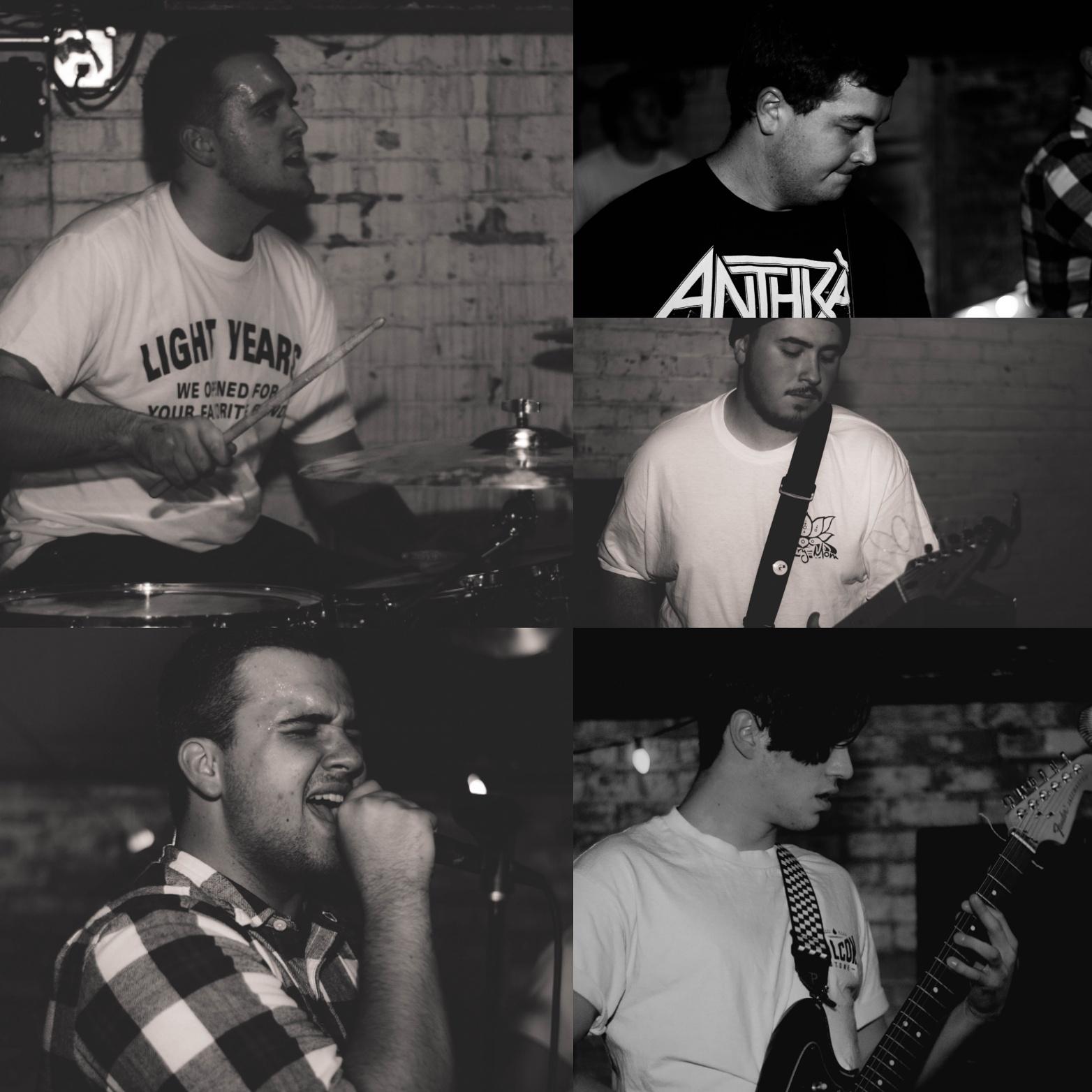 What genre would you describe your music as? Are there any major artists you look to for inspiration?

We use the term Alternative Rock loosely. We have heavier songs that are more in a grungy punk feel, while other songs follow a more Indie or Shoegaze direction. We are all music junkies so between the three of us there is a lot of different influence that comes to the band.

Our singer Scottie is a total 90’s fan. Some of his favorites include Pearl Jam, Stone Temple Pilots, and Third Eye Blind. Dave is a total classic rocker & metalhead. Anytime I get in his car I hear some Megadeth, Iron Maiden, and Judas Priest. There is something to be said about the quality of classic rock music in general. I pull a lot of influence from that era as well as newer bands such as Balance and Composure, The Story So Far, and Turnover to name a few. We are always going to shows together and discovering new bands. There isn’t a week that goes by where one of us isn’t at a show.

You have your first self titled EP coming out soon. Tell me about that.

All three of us are really excited about this release. It has five songs total and we all feel that it showcases the band very well. Every track is completely different, but you can still tell it’s Keepsake in every single song. It’s hard to describe in words haha.

This project was all DIY and self produced. I have been learning how to record since I was in high school. We are all really happy with how things turned out. Each of us took a lot of time perfecting each little detail in the songs whether it was a drum fill, bass lick or vocal harmony. That is the luxury you have when you produce an EP on your own and I think we can all say that we learned a lot about ourselves from musicians and grew from this experience.

What are the songs about, what inspirations lead to the creation of this EP.

Every song has a different meaning lyrically. Some of the songs are pretty upbeat and happy while others reflect tough times some of us have been through personally. Growing up isn’t easy especially in the world we live in today. Writing these songs was a way each of us could positively reflect on our lives even from the toughest of moments.

Our song 42 (Gone & Far) is by far my favorite thing I have ever been a part of musically. The song came together out of nowhere from a little guitar idea I had one day before we left for a show. I ended up a tracking a demo then recording it for real a few weeks later. Once Scottie laid down vocals, I was speechless. He dedicated the song to someone who is no longer with us and although it is tragic and tough, I am so happy that we were able to make a song as memorial.

In terms of production of the EP, what work went into getting it off the ground and released to the public?

There were many late nights and long hours listening, discussing, and figuring out ways to push ourselves. We want to be able to look back at this in 10 years and genuinely be proud of what we did. Obviously tastes change, we grow as individuals, musicians, but a record is a moment in time and we wanted to paint a picture of 2017 as best as we could with this EP. 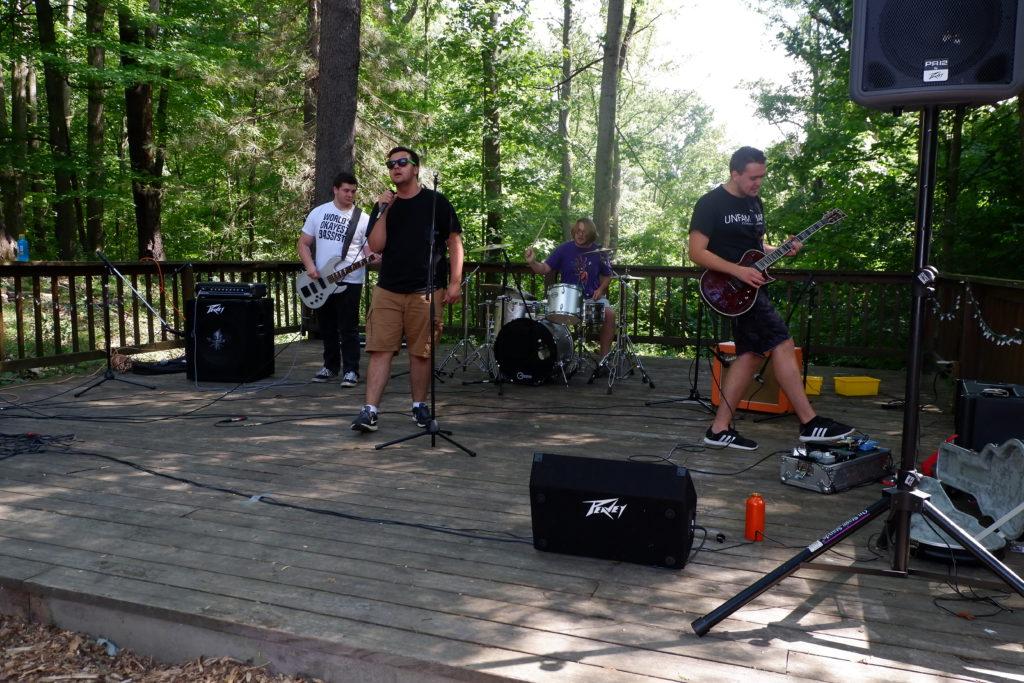 When is the release date, where can people listen and grab a copy for themselves?

December 29th is the release date! We will have physical copies and digital streaming/downloading available on all major platforms. Isn’t it cool that we live in a world where music can be shared so easily? We consider ourselves very fortunate.

Tell me all the details about your upcoming EP release party.

It is on Friday December 29th at The Foundry in Lakewood. It is only $5 for a ticket and we hope to pack the place! We have many great bands playing alongside us such as ennui, Elbow Room, Everyone Leaves, Christopher Bernstorf, Seconds to Live and Pollen Eyes. Hope to see you there!!

You mentioned that Keepsake has been touring a lot, where have you been playing lately? When and where is the next show?

The next official show is on February with Tranquility in Erie PA at a venue called Basement Transmissions. We haven’t done too much booking yet just because of finishing the EP. We are probably going to keep things pretty laid back in January. We plan on playing many shows come February/March so keep your eyes peeled on social media. We might even be playing a huge Euro Gyro slammer, you will just have to wait and see! Our goal is to play as many free shows as we can in 2018. We are all about basement sets and backyard festivals. Music is something that brings people together and we want to embrace that in every way possible. We are a young band and we are going to play out as much as we can.

You can check out Keepaske’s music on Bandcamp. 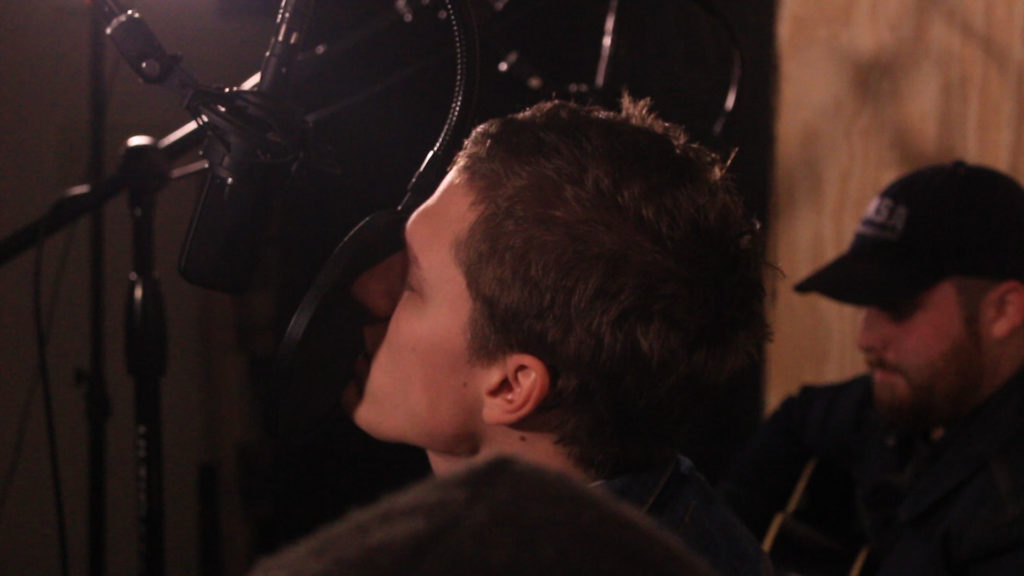