An Interview with ‘Booty & The Kidd’

This past Saturday, I got a chance to sit down with Columbus hip-hop duo, Booty & The Kidd, just hours before their album release show at The Scarlet & Grey Café. Tyler Butts (Booty) and Nick Reinmann (The Kidd) are childhood friends as well as marketing students at Ohio State, who have been recording and performing music together for over a year.

Who are the main influences on your music?
Nick: “Hall & Oates, Simon & Garfunkel and Outkast. They’re all iconic duos and they all brought something really cool to the table. Simon & Garfunkel were all about honesty in their music and telling stories. Hall & Oates came into a genre of music that was predominantly being done well by African Americans and brought a whole new style to it, while staying genuine and they’re respected for it.”
Tyler: “Outkast did the organic production game on point, which is something we strive for.”
Nick: “They (Outkast) really really stuck to their guns with talking about shit that matters as opposed to what was selling”

How is the musical split? Do one of you make the beats and instrumentation and the other write the lyrics, or do you each contribute a little to everything?
Tyler: “Nick does all the production but we each write our own lyrics. Then we bring in our buddies who play other instruments to add organic instrumentation. But Nick gives direction and produces everything.”

Which song off The Heart of it All took the longest time to write?
Nick: “They all came together pretty quick actually.”
Tyler: “Well the oldest one is “Studio Apartment.””
Nick: “That probably took the longest because we started that back before both lived in Columbus. So we made the beat and had the lyrics finished, but it took us coming together in a friend’s basement to actually put it all together.” 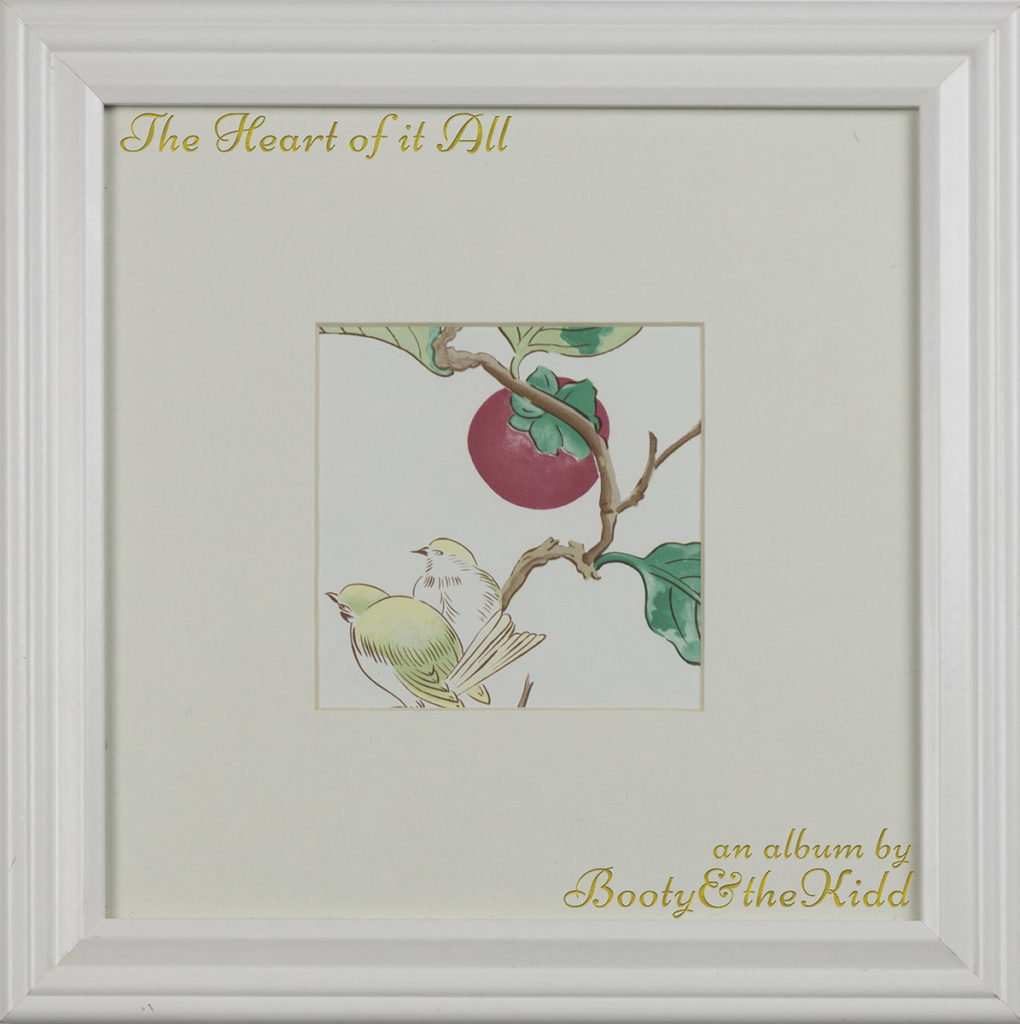 What’s your favorite song to perform live and why?
Tyler: Probably “Ampersand” because people are starting to learn the lyrics and our trumpet player, Lee always kills it so that’s a fun one to play.”
What’s something that sets Booty & The Kidd apart from other artists in your genre?
Nick: “We try really really hard to stay true to ourselves. We try to keep it real and make all the music ourselves. We want something that we think sounds good. Not what everyone else is doing.”
Tyler: “Instead of trying to make something that connects with people, we’re trying to make something that genuinely represents us and hoping that it takes itself from there.”

Can either of you recall any situation that directly influenced your work?
Nick: “The first time I saw Hoodoo Soul Band was pretty crazy. They’re a cover band that has insanely good musicians in it. I really like jazz and soul music and seeing them for the first time made me feel that Columbus had a sound. It made me want to explore more and make music like that.”
Tyler: “And also the first time Nick listened to “In Rainbows” by Radiohead.”
Nick: “Haha, yeah, listening to “In Rainbows” made me want to step it up as a producer. Right after it finished, I made a beat and tried to recreate something like that. Their production reads so crazily and I wanted to do something like that.”

Alright, we’re gonna make this quick, I’ve only got two more questions for you guys. If there’s one thing that you guys want people to take away from your music, what is it?
Nick: “Oh man, what do you mean this is gonna be quick. that’s one hell of a question haha.”
Tyler: “Well we can get more specific and say what we want them to take away from the album. We made it during a time in our lives when we were just staying inside and shit like that, so the message we were trying to convey is to focus on yourself more and try to figure out what’s important and what the heart of it all is. That’s one of the reasons why we named the album that.”

Is the other reason you named it that because you guys live in Columbus?
Nick: “Yeah, it’s a double entendre because “the heart of it all” is a nickname for Ohio and it’s also because we were trying to get to the core of things.”
Tyler: “One of our buddies was hanging out with Nick and brought up Midwest Misfits as a potential album name but I didn’t really wanna call ourselves misfits, so I looked up different pseudonyms for Ohio and I saw “The heart of it all” and said, “That’s it.””

If you guys could collaborate with any artist, who would that be?
Nick: “Like dead or alive?”
Yup, dead or alive.
Nick: “David Bowie, I think. He as a producer created worlds with every album he made. I’d like to work with a lot of different artists but I would have no clue what something would sound like with him”
Tyler: “If Quincy Jones produced a Booty & The Kidd album that shit would be insane.”

The Heart of it All is currently available on Spotify, Bandcamp and iTunes.

Live! At The Hive Mind 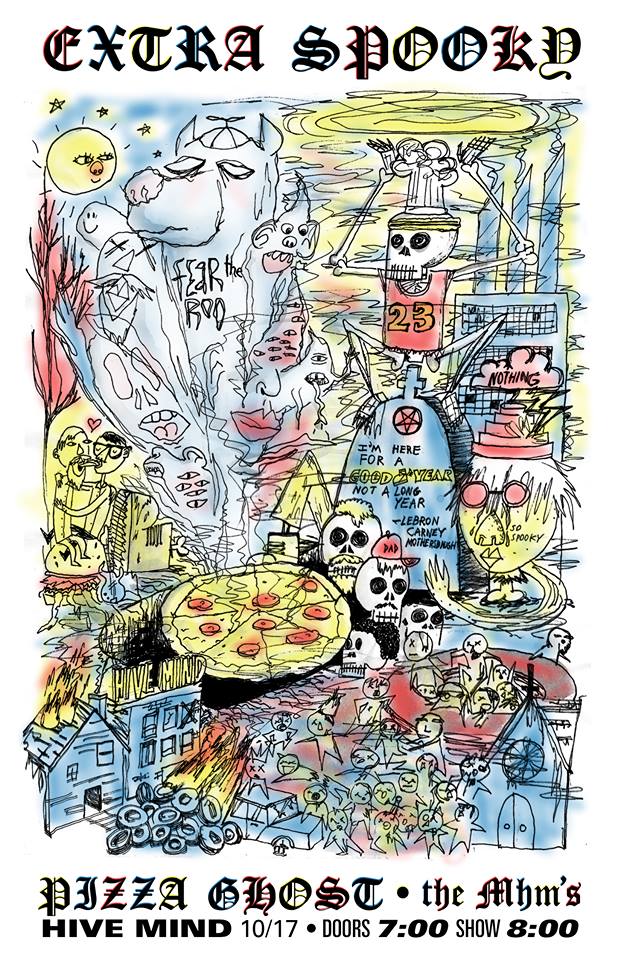 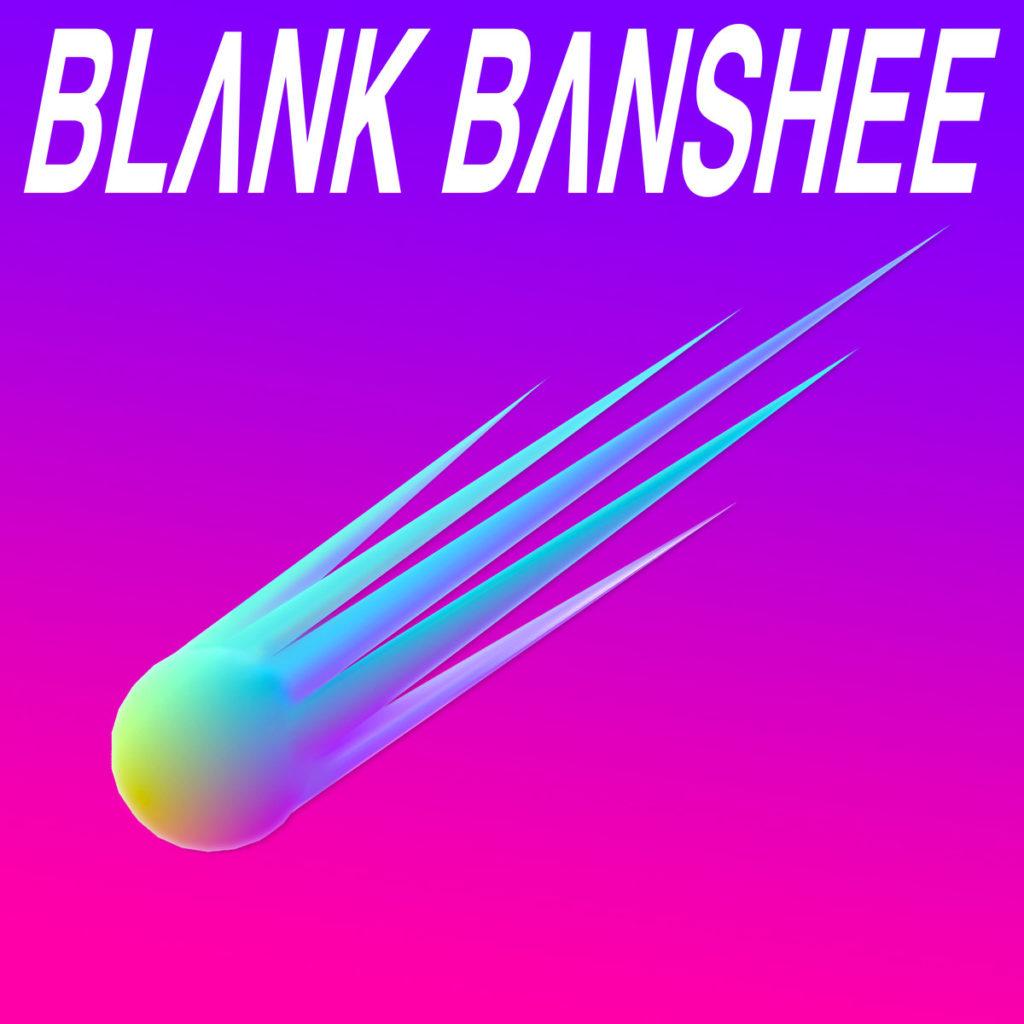