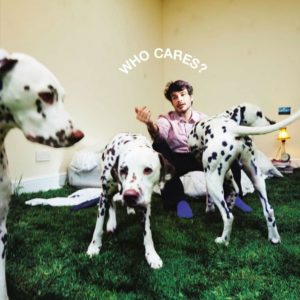 Since 2017 Alexander O’Connor, more widely known as Rex Orange County, has been a staple in the bedroom pop community since his feature on Tyler, the Creator’s LP Flower Boy. After the popularity of his 2017 album Apricot Princess and his 2019 Pony, his role in the indie community is cemented into many listeners’ minds. On March 11th, Rex Orange County dropped his newest album, WHO CARES?,  which has similar bedroom pop style lyrics, but adds emphasis with orchestra strings on many of his tracks.

The first four tracks of the album have a very lighthearted feel with soulful violin and other orchestral strings in the backtrack, which gave me very Graduation (friends forever) by Vitamin C vibes. In OPEN A WINDOW, Tyler, the Creator comes in as the album’s only featured artist, which gives a nice contrast to O’Connor’s melodic pitch. While I singularly enjoyed each track in the first half of the album, they all blend well yet O’Connor needs to step out of his comfort zone for at least a song or two. 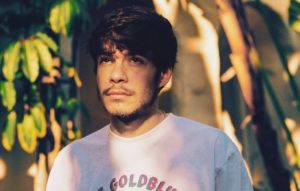 The rest of the album has a similar pop feel, but the orchestral strings had less of an appearance. O’Connor continues to soulfully explore the struggles of self-doubts that one may face in a relationship. During 7AM, he doubts that “I’m no good at this, I’m fuckin’ up” but brings his usual optimism back up in THE SHADE when he says “I would love just to be stuck to your side,” this latter track had nice moments that helped differentiate the track from the rest of the album, but again, the same poppy-optimism grew to be fatiguing by this point of the album. While O’Connor played it safe, the hope is to see him become more experimental in his future works. 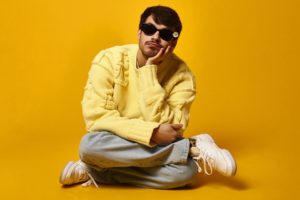 Overall, WHO CARES? has some nice moments and many that got washed out by the overly lighthearted vibes. That being said,  add some of these tracks into your current rotation, including ONE IN A MILLION and IF YOU WANT IT. The timing of this album release is perfect for the weather as it begins to warm up, summer is finally in sight. Rex Orange County began touring in March and will take Ohio in late June, click here to see the full tour list.