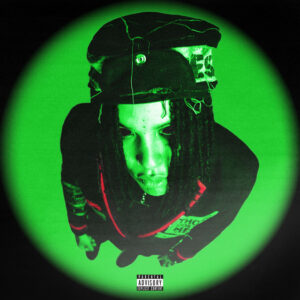 Title: Party at the Cemetery

I would describe myself as a passive fan of POORSTACY. Even though I am not the biggest fan of heavy metal music, the Florida-native artist offers a unique blend of rock, rap, and metal music that can help you get your inner rage out after an irritating day. As I enjoyed most of his 2020 tracklist from his album The Breakfast Club, I was pleasantly surprised to see he dropped his new album Party at the Cemetery on October 8th.

The album starts with the prelude Crooked Intro, which definitely sets the tone for the rest of the album. With almost no recognizable words, the garbled noises and mechanical backtrack laughs let you know that this album is definitely going to be darker and heavier than his previous pop-rap album. I also appreciate the seamless blend into the next song, Party at the Cemetery of which the album is named for.

As I will get to later, PATC is one of the few songs I actually enjoyed from this album. As it was released as a single several weeks before the album, I grew to enjoy the metal-rock anthem that has the perfect hint of screamo for listeners who don’t usually partake in the genre. PATC also gives a sort of a “Halloween” feel which makes the album’s October release fantastic timing. This track also pairs well with the next song, Children of the Dark, which gives listeners a similar feel to PATC but with a darker feel. Both of these tracks definitely deserve a listen as their angst and lyrics go great together.

After a strong start to the album, the rest of the songs begin to blend together, starting with Día de Los Muertos. Here POORSTACY gets very scream-heavy and dark, screaming “die” over and over with a very intense backtrack. In my opinion, this song blends and blurs with the next songs Jump, Heroin, Matchstick, No Regrets, and Run. Even though all of these tracks have varied intros, they all resort to an intense chorus and repetitive scream session that aren’t notably different from each other. If you’re not a fan of heavy screaming, these are not the songs for you.

The next track Knife Party is also very scream heavy, but does have a notable feature. Featured on the track is Oli Sykes, singer for the metalcore band Bring me the Horizon. Sykes’ vocals add an interesting element to the song and makes it more distinguishable than the previous tracks. 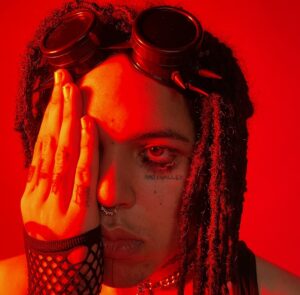 The Devil Wears Prada is a nice break as listeners near the end of the album. Its echoey vibe and lack of screaming made me feel like I could breathe again. Though I won’t be adding this track into my current rotation of songs, I would give it another listen along with the next song Bad Vibes. This song is the most reminiscent of POORSTACY’s last album and also features an interesting drum solo in the middle of the track.

PATC ends with Ultra Violence, which lands in the same section of the album which sounds too similar to each other, and Don’t Drive (We Drank Too Much Tonight), which I did enjoy. After a lyrically depressing album, this last song is definitely the most upbeat.

In an interview with Brutal Planet Mag, POORSTACY stated that “I lost a friend to a heroin overdose during the making of the album and it hit hard so I decided to name the project ‘Party at the Cemetery.’ Not to mourn the death of loved ones but to celebrate their life.” Even though much of the album hosts heaviness both musically and lyrically, POORSTACY offers this respect of life in the last track. Even though most of the album is not for me, all of the songs do work well together and make for a very cohesive album.

If you’re looking for songs to add to a spooky-sounding playlist or looking for a few tracks to scream your heart out to, this is the album to listen for you. Though I was not the biggest fan of PATC, I definitely do recommend giving POORSTACY a listen if you haven’t already.