Written by Audrey Pierson on September 19, 2022 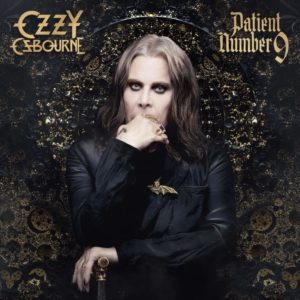 This past week on September 9th,  metal icon Ozzy Osborne released Patient Number 9, produced by Andrew Watt, the newest addition to his now thirteen-album long solo discography. Osborne has been the subject of public worry over the past few years as his diagnosis with Parkinson’s disease back in January 2020. But this album does not house any of the frailness that this condition entails, instead Ozzy brings his known electric energy for listeners ready to get their rock on.

Listeners can hear how Ozzy’s health has influenced his albums as many of his lyrics surround morality and death. In “Dead and Gone” he blasts “My heart’s beating, buried alive / Open my eyes my soul won’t survive.” But he does not seem to fear morality when he says “But I’ll never die / ‘Cause I’m immortal” on his track “Immortal.” Ozzy seems to acknowledge that his health ailments will eventually catch up to him, but he does not let this stop him from adding to his discography and continue to influence the rock and metal worlds.

The album houses a list of high-list rock icons, including Jeff Beck, Mike McCreedy, Zakk Wylde, Eric Clapton, and most highly anticipated, Ozzy’s former Black Sabbath bandmate Tony Iommi. This is the first time Iommi has appeared on Ozzy’s solo work in both “No Escape From Now” and “Degradation Rules.” In true Black Sabbath fashion he brings dark tones, heavy chords, and riffs to electrify Ozzy’s vocals. Every feature on this album brings a unique accompaniment to their prospective songs, but each works well with Ozzy’s vision to bring variation to the overall cohesive album.

In addition to having a major influence on the creation of the album itself, Ozzy also had creative direction in the music videos for “Patient Number 9” and “One of Those Days.” In a Vevo Footnotes Interview, Ozzy reveals that the art used in the Jeff Beck guitar solo section was “hand-drawn” by himself then animated by Mike Wartella and his team. This was also the first music video where he had to sit down for the entirety of filming due to his health conditions. Ozzy stated in the same Vevo interview that “[n]ot being free to move around and be myself was very challenging.” Despite these challenges, his theatrical music videos worked well to accompany their prospective songs.

While the entirety of Patient Number 9 packs a punch for listeners, not every song left me wanting more. Specifically with “DARKSIDE BLUES,” a bluesy harmonica introduces Ozzy’s muffled verses. For an album that screams into the ears of its listeners, this song feels lack-luster instead of bringing a strong punch to end the potential last of Ozzy’s discography.

Overall, Patient Number 9 is a stellar piece of work from Ozzy. Especially at 73 years young, Ozzy keeps the bar as high as he always has, maybe even surpassing it.