The teasing of psychedelic pop band MGMT’s new album had been going on all 2017. Fans were waiting for the release of this LP, hoping it would be better than the 2013 self-titled album.

After almost 5 years, the day has finally come. On February 9, 2018 the psychedelic pop-friendly band released Little Dark Age, containing ten catchy tracks, two of which had been released prior as singles, along with treating fans to two new classic MGMT music videos. At first hearing this album, it almost didn’t sound like MGMT. But the talented band managed to keep their dreamy synth-pop and modern psychedelia sound while exploring into pop melodies and hooks.

It brings back the hooks of Oracular Spectacular while still being weird like Congratulations. Band members Andrew VanWyngarden and Ben Goldwasser had always made it clear that they did not want to become pop-stars or create mainstream music, and it seems as if that has changed, or maybe the band has become interested in experimenting with new sounds. I say this because this new album has a ton of mainstream and of course indie potential.

With this release having such a moody and somewhat depressed tone to it, Little Dark Age is an album for its time. The tracks contain dark lyrics that don’t quite match the sound, making this new release very humorous. It starts off with “She Works Out Too Much”, which embodies a classic 80’s sound by including a recording that was most likely from a ladies workout video.

Following the catchy up-beat song is the gothic “Little Dark Age,” and was previously released along with a music video. This track greatly contributes to the modern dark theme of the overall album. The song ,“When You Die,” which had some help from the infamous Ariel Pink and Connan Mockasin, is one of the more humorous songs because the it is very upbeat and almost happy but there are lyrics such as, “I’m gonna eat your heart out”, “go f**k yourself”, and “I’m ready to blow my brains out”. Classic MGMT, being angry at everyone and everything.

Speaking of MGMT being angry, another topic that seems to bother them in this album is modern technology.  “She Works Out Too Much” is about a relationship that is going down hill because the boyfriend doesn’t work out enough, possibly saying he spends too much time using technology. “TSLAMP” is an acronym for time spent looking at my phone. The band seems upset with today’s society, with good reason. As previously noted, Ariel Pink worked on this album which is pretty obvious in the track “James.” If you’re at all familiar with Ariel Pink, you would notice in this track that it sounds a lot like Ariel’s music, with the low voice and twinkly background noises.

The last few tracks on the album stray away from the haunting theme, and go down an acoustic and slow route. The albums’ last track “Hand It Over” contributes to the overall aesthetic of the album. The whole piece contains an 80’s sci-fi, haunted sound – as well as having a fun tone to it by adding weird effects like creepy laughs or random talking in almost every track.

You can tell MGMT really paid attention to all of the tracks coming together and I’d say they are making a comeback, considering that their last LP was not a fan favorite. As an MGMT fan myself, I’m glad to hear some quality work from them, especially in 2018. 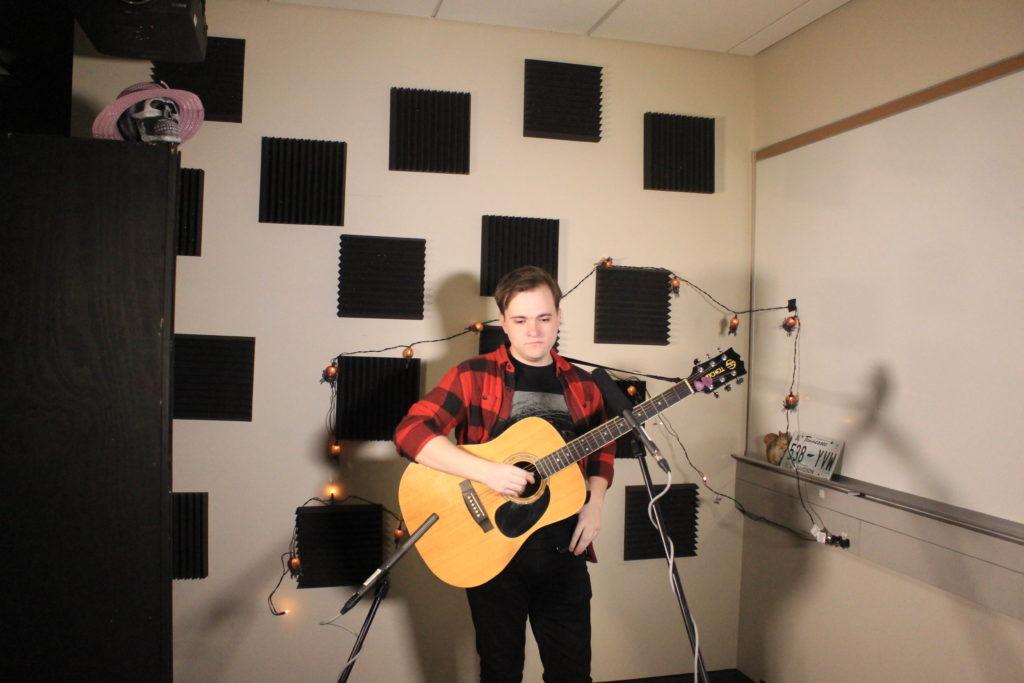