Written by Conor Battles on September 4, 2017

James Murphy has been losing his edge for nigh on two decades, and throughout that time, he has managed to make every twist and turn of that downward spiral of street cred and old DJ gear look effortlessly cool.

LCD Soundsystem announced their hiatus after the release of 2010’s This is Happening, culminating in a legendary farewell performance at Madison Square Garden in 2011. What no one saw coming that night, as white balloons descended on the bittersweet crowd and the final barroom stabs of “New York, I Love You But You’re Bringing Me Down” echoed into the annals of music history, was that there would be an encore.

There is, of course, a major challenge in resurrecting a band that had made its final transmission so public. While Murphy has stated that he meant the band’s hiatus to be a bit more ambiguous than it was received at the time, there still exists a contingent of LCD Soundsystem fans who feel that the band’s return spits in the face of artistry and authenticity; two things that James Murphy simultaneously cherishes and viciously lampoons. But after one listen through American Dream, those fears should be proven summarily unfounded.

The opener, “oh baby,” builds with the same nervous tension that made This is Happening’s monumental “Dance Yrself Clean” so special, before giving way to a sleek, charged song that makes the seven years since TiH disappear. Over its ten tracks, American Dream feels like a nostalgia-tinged look back at what Murphy and co. have created over the last decade and a half, as well as an earnest step into a new “post-LCD” musical landscape.

The rest of the album is a relentless march through every trick in the LCD Soundsystem playbook. From the funky, cowbell-driven stomp of “other voices” to the anthemic John Hughes-ness of the title track, American Dream is a pure crystallization of Murphy’s eternal quest to get the punk kids dancing.

Murphy has always worn his insecurities on his sleeve. But rather than feed into them, LCD Soundsystem presents a unique opportunity to make personal weaknesses part of the show. On American Dream, all the familiar Murphyisms are at play – on “other voices,” he pauses to rub his age in your face – “You’re just a baby/with soft feet and everything.” Elsewhere, he channels his encyclopedic musical knowledge to create everything from a Talking Heads track (“change yr mind”) to a New Order-esque synthesized freakout (“tonite”) to an all-out post-punk anthem that channels their early 2000s contemporaries Interpol (“emotional haircut”).

As a result, American Dream, despite being the longest LCD Soundsystem studio album to date, never drags. No one sound overstays its welcome, and although the music explores a variety of styles, there is a sense of polished cohesion that makes the album flow wonderfully. Hypnotic disco-tinged drum loops and icy synthesizers give way to piano balladry and Fripp-esque guitars, and neither sound outshines the other.

There is a moment in Lizzy Goodman’s fantastic Meet Me in the Bathroom, an oral history of New York’s alternative music boom of the 2000s, where James Murphy discusses This is Happening as the end of LCD Soundsystem. In it, he talks about bands who don’t know when to quit; who release middling albums long past their prime and slowly fade into obscurity. “What would be the point of continuing?” he asks. “I like to fight. I’m an underdog by nature and I like to be fighting. I don’t make music for myself. I make music to fight.” American Dream proves resolutely that there is still plenty of fight left in LCD Soundsystem, and, underdogs or not, they still throw the best parties. 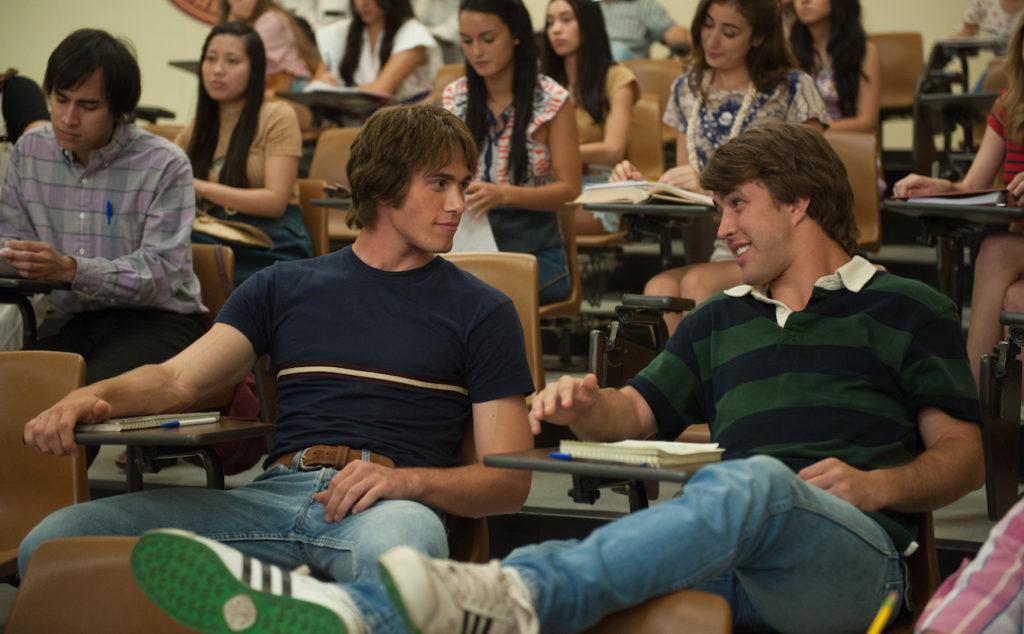