By: Alissa Reyes and Chyenne Tatum

GOT7 released their seventh mini-album, “7 for 7” seven months after their last comeback, “Flight Log: Arrival.” This new album marks the group’s first release since their Flight Log trilogy which ended in March, and showcases the members’ progress in writing and producing their own music. For the first time, Park Jin-young, CEO of JYP Entertainment, did not have any involvement with the production of GOT7’s album.

The first song off of the album is “Moon U” which was written by Youngjae and Bambam. It is a love song about how wanting to protect a girl’s innocence and make sure she is always smiling. The style of the song includes elements of soul and R&B, a sound that GOT7 has not fully delve into until now. The way the smooth vocals blend with the sharp snare drum is very soothing to the ear, especially when main vocalists Youngjae and JB take on the chorus, singing, “There’s a moon like you.” What makes this track stand out from the others, is the fact all seven members have prominent singing parts, as opposed to their normal vocal and rap sections. Jackson in particular, is slowly improving in his vocal skills and continues to impress us with his soft tone, proving that this really is the era of “VOCAL7.”

“Teenager” is the second track off the album and is written by Jaebum. This trendy song is about being in a relationship that makes the guys feel like they are teenagers again and wanting to show their girlfriend off to the world. One thing GOT7 is known for, and happens to be really good at, is using their love for hip-hop and integrating it into their own music. This is when the rappers of the group really get to shine and add their own flare as they lead the chorus. Compared to “Moon U,” Jackson lets loose and brings his husky voice back to hype up the song even more. Following him are the other rappers Mark and BamBam, as they each switch off with the hook, “You make me a teenager.” The choreography for the song is heavily influenced by hip-hop and follows today’s trends of their demographic. The choreography makes them more “chic and sexy,” as Jackson would say, combining sharp dance moves with some laid-back moments.

The most important track on this album, is the lead single called “You Are.” Not only is it musically a turning point for the group, but it’s also Jaebum’s first time writing a song chosen to be the title track. He writes about being around someone who makes their days brighter and clears all the clouds in the sky. The song could also pertain to how the boys feel when they’re with their fans or the band themselves. The music video, which was released the same day as the album, shows the members roaming the streets of Hong Kong in colorful pastel colors, that was just as aesthetically pleasing to watch as it was to listen to. Even though JB and Youngjae are usually the most prominent singers in the group, this song is vocally their best off the entire album. From their belting high notes, to Jinyoung’s delicate verses, “You Are” demonstrates how much they’ve grown in their vocals.

Closing out the album in the most delicate way is “Face,” a sweet song about how they miss their ex and are pleading for her to come back to them. JB talks about how he could’ve done more for her and promises that if he’s given a second chance, he can “make it last forever.” The song shows more of the rappers skills especially since it was written together by all three rappers of the group. This time the vocals are not the main focus of the song like they have been in their past songs.

Overall the album has a mix of electronic, R&B, soul and hip-hop and is the complete opposite of their past albums, but resembles the same soothing tone of JJ Project’s most recent album. We both agree that “7 for 7” is the album of maturity for GOT7 as they continue growing as artists, songwriters, and producers. After three years, they’ve finally been given free reigns to fully participate in their music and it shows through all seven tracks. If this is the new direction for GOT7’s career, we fully support it and hope they succeed.

Image courtesy of GOT7

Mech Fights are real, and it’s the WWE on Robo-Steroids. 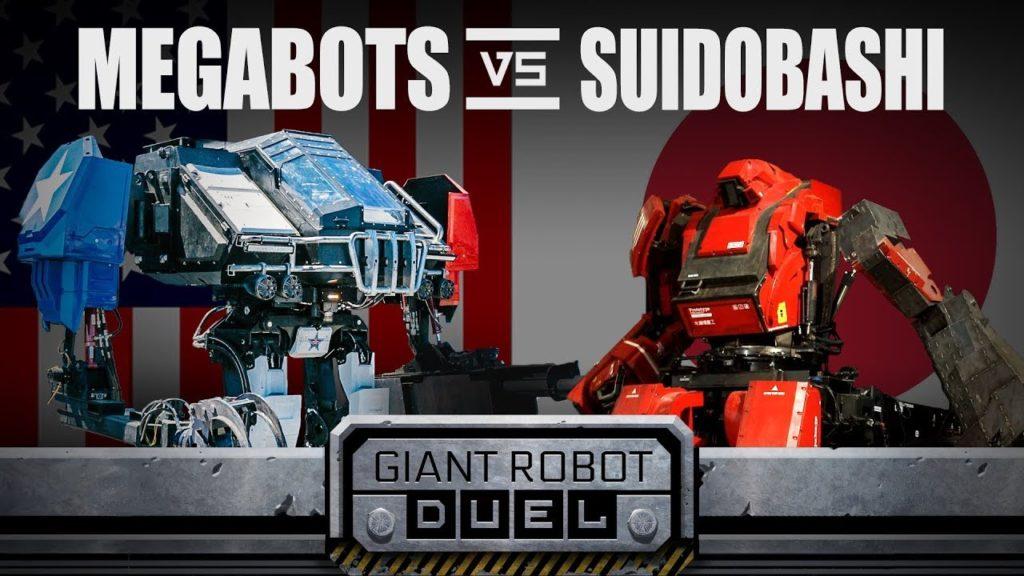