Everyone’s favorite virtual band is back, delivering 26 (that’s a lot!) new songs on their fifth studio album Humanz.  Among those 26 tracks are several of the year’s best pop tunes and a ton of excellent features.  However, such long albums generally have their share of dull moments, and Humanz is no exception.

Overall, though, the album takes cues from Gorillaz’ previous albums, focusing on danceable synth-rock with post-apocalyptic themes.  That formula has been the band’s backbone since their 2001 debut.  Of course, Damon Albarn (the human behind Gorillaz) has tweaked the sound over the years, gradually adding more vocal features and world music influence.

Those tweaks are on full display on “Saturnz Barz,” Humanz’ lead single and arguably best track.  Dancehall star Popcaan handles the verses, with Albarn hopping in for the chorus.  The song effectively accommodates both vocalists, and the “All my life” hook ties everything together nicely.

Other highlights include “Submission,” “Andromeda” and “Ticker Tape.”

There are no blatantly bad songs on Humanz, but that’s not saying every song is phenomenal.  Many tracks get bogged down by their similarity to each other.  For example, “Carnival” and “The Apprentice” both sound alright, but there is little to distinguish either sonically.  Perhaps one could have been eliminated to pare down the tracklist.  Really though, Albarn should have gone farther than that.  The constant onslaught of features gets tiring after a while, as does the drum machine.  Fewer vocals from the guests would have greatly boosted the album’s cohesiveness.

Humanz is not a bad album, don’t get me wrong, but it lacks much of the excitement and unpredictability of its predecessors.  What happened to moments like the crazy transition and rap verse in Demon Days’ “Dirty Harry”?  What happened to Damon Albarn’s voice taking center stage?  Why does this album feel like a Drake-style mixtape?  Despite the questions Humanz leaves me with, I’ll probably be playing it in the background for a while.  It’s a great album in terms of listenability, but Gorillaz has always aspired to be more than that.  That’s why this collection is slightly disappointing.

Show of the Week: Friiidaze 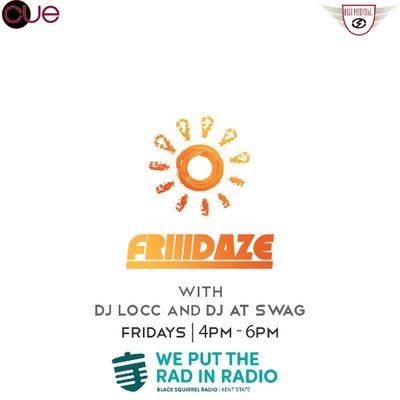