I chose to review this record not because of my extensive familiarity with DIY power-pop (or regular power-pop for that matter), but because of my absolute love for Heart Attack Man. I usually cover metal, hardcore and other fringe genres for BSR, but there was truly no way I wasn’t going to review this record – so forgive my corny allusions and comparisons in advance.

Graduates of the Mould–Pollard school of power-pop, guitarist/vocalist Eric Egan and Drummer Adam Paduch of Heart Attack Man have been on my radar for years, seeing as they soundtracked a great deal of my high school life with their two EPs, 2013’s Heart Attack Man and 2015’s Acid Rain. With relatively simple song structures and brief lyrics, I quickly memorized most of the songs on both EPs before even catching the group live. Recorded following the dissolution of Egan’s prior band, Ages, H.A.M.’s two EPs certainly did not lack in songwriting quality, but they often felt as if they were missing something, ideas not yet fully flowered or matured.

The Manson Family is certainly a long time coming. I think I remember hearing online chatter about it as early as April 2016. Of course, the album was then lost at Lakewood Dog Park for many months, finally resurfacing this spring in final form.

Heart Attack Man has truly blossomed on this record. Some tracks thematically and sonically build off of the ideas, cadences and brassy guitar leads of the EPs, but there is an element of newness and diversity in other songs throughout the album. All-around, however, this album feels more mature, beefier and maybe even a little darker than the H.A.M. fare we’re used to.

“Funhouse Mirrors” borders on gothiness with a gentle reverb-soaked intro, reminiscent of some of The Obsessives softer material. Egan (who I believe is singing) becomes a sort of Midwestern Morrissey, highlighting his scarcely-used lower range before the song kicks into gear and returns to his wonderfully nasally, impassioned vocals that fans of his work know and love. This track also touches on a wonderful glockenspiel texture that was used on their earlier EPs and just fits so sublimely well.

Without being able to specifically place it, there are moments on “Sitting On The Fringe” in which I feel I’m listening to 92.3 (RIP) as an adolescent again, maybe hearing Incubus or some other “indie” or “alternative” band. Those genre terms are critically meaningless, which is why I keep referring to this “Power-Pop” thing. The song crafts its own identity through near-shoegazey textures and at least 3-part vocal harmonies (pretty damn cool).

The bulk of “The Manson Family” largely draws from more traditional power-pop, however.

“Life Sucks” deals with misanthropy through a somehow dark version of the Pixies “Gigantic” bassline (so I guess Nirvana, then), addressing a pretty common theme that pops up a lot throughout the record: reminiscing on “the good times” before friends become torn apart by various graduations, job changes, prison time, etc.

The title track reiterates both allusions to poppier punk legends and to the lost friends trope, feeling almost Weezerishly sunny on the verses and slamming into a Hammy signature chorus and bridge, owing a lot of debt to Guided By Voices’ “rock” tracks on Under The Bushes Under The Stars. This track also contains the smirkingly clever line: “I can never tell if I can take what you say with a shaker of salt / or just a single grain.”

Heart Attack Man’s forte is writing absolutely exuberant choruses that beg for sing-alongs and gang vocals, and there’s no shortage of them on this record. The best one, though, may be on “Carbon Copies,” another song addressing the temporality of friendship. This song is a marker of the more thoughtfully crafted approach to songwriting that this whole record displays. “Burn Down The Mall” falls into a similar musical category, and “Taking Sides” also rampages in a way oddly reminiscent of The Smoking Popes, and again, the chorus is an amazing little earworm that feels cathartic and satisfying.

“Cut Off At The Knees” feels as though an extra pinch of emo was blended with the secret Heart Attack Man formula. Egan keeps the vocal theatrics to a minimum in order to prevent it from becoming too conventionally emo or pop-punk. More often than not, those awesome Midwestern-y nasal vocals are at home in conventional pop-punk (e.g. Runaway Brother), but Egan utilizes them in a visceral and powerful way.

With literally the entire album being stuffed with hits, it’s hard to pick favorites among the diverse yet iconic tracklist. Standing out nonetheless were “Blood Orange Sun,” “Surrounded By Morons” and “Cool Kids Table”.

“Blood Orange Sun” definitely triggers imagery of a Cleveland summer just by the title alone. Following a middle-period Descendents sound, it really beautifully hums along to a melancholic and nostalgic story about regret, using settings and narratives so familiar to Clevelanders (especially West-siders) that I almost want to cry. It’s so pure.

“Surrounded By Morons” also evokes Cleveland imagery, more explicitly in the music video for it. This was also the first single to be released early on – I will admit that at first, I didn’t quite like it, mostly due to the fact that it’s far grimier than anything else I’d heard by the band before. After listen upon listen I grew to enjoy it massively, not only because of the satire of the anti-Midwestern yuppie mentality (“All my problems would go away / If I moved to New York or L.A.”) but because of the way it sets a tone for the entire record, making for a cohesive and staunchly regional approach to songwriting and creative culture. Also, I saw it performed in a pretty intense way over the summer at Mahall’s featuring members of The Superweaks and The Obsessives, involving at least one hardcore “oogh” from Egan.

The album’s final track, “Cool Kids Table” starts off with that “boing-boing” Kim Deal bass lick, building into a lilting sort of post-punk verse section. It feels so perfectly complacent, extremely relaxed. I was about to be content with it as the ending of the record, but then it doubles down into a fantastic quasi-hardcore stomp. You can feel Egan’s rage puncture your eardrums in every word. The cute anger of pop-punk becomes vicious rage as the song bizarrely and beautifully morphs into a 00’s mainstream pop-punk conclusion (Blink-182 is famous for a reason – it resonates). The song fades out with some noise to remind us that indeed we’re not listening to Blink 182, and helps cement Heart Attack Man’s identity.

As a whole, “The Manson Family” is simply an amazing rock record. Between some of the catchiest songs I’ve yet to hear and the overall artistic temperature of the band, the album remains visceral without resorting to some of the overplayed aspects of pop-punk and emo culture. Heart Attack Man reminds me, in a way, that it’s still cool to like classic rock.

Reinterpreting the godfathers and godmothers of “indie” is a sure-fire way to get popular, briefly and superficially. Egan and Paduch are able to do this while retaining a uniquely Cleveland identity that is sure to permeate the world. 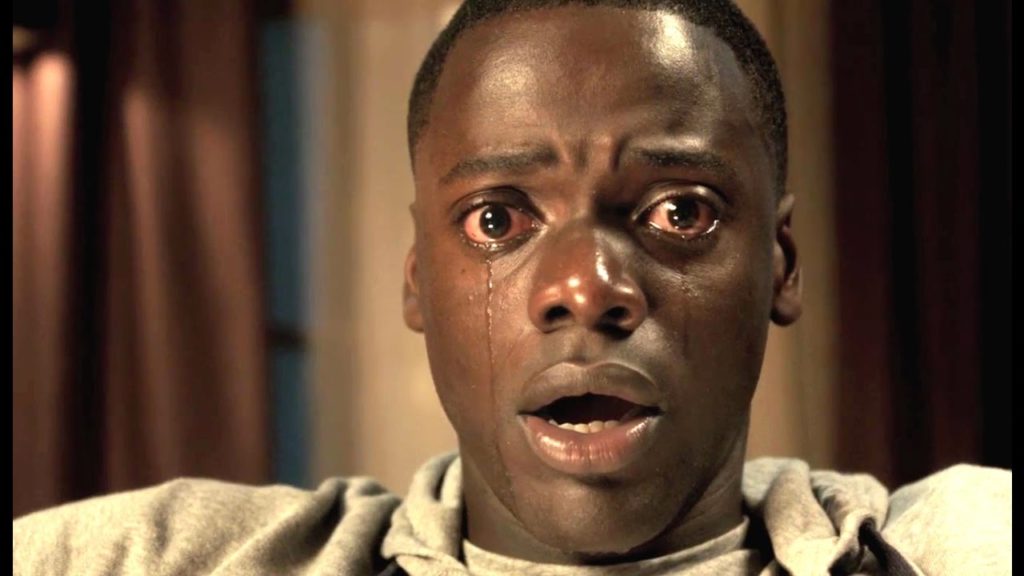