1. Cleveland Browns: Myles Garrett DE / Texas A&M
The Browns have obvious needs all over the board, but passing up on a freakish athlete like Garrett would be the wrong move. Garrett will be a Day One starter and fill the pass rush need for the Browns.

2. San Francisco 49ers: Solomon Thomas DE / Stanford
Like the Browns, the 49ers have many needs. However, they decide to nab the second-best pass rusher in the draft. Thomas provides immediate pass rush help across from DeForest Buckner and will help the 49ers’ defense become a little more formidable.

3. Chicago Bears: Jamal Adams SS / LSU
The Bears have added to their cornerback depth with the signings of Prince Amukamara and Marcus Cooper, and could go that direction in the draft. However, Adams’ talent and potential to develop into a Pro Bowler is hard to pass up and would help solidify the backfield of the Bears’ defense.

4. Jacksonville Jaguars: Leonard Fournette RB / LSU
One of the Jaguars’ problems is that they rely heavily on the passing game in their offense because of the lack of a feature back. Fournette is a freak athlete who is the definition of a feature back. This pick would also relieve some pressure off Blake Bortles, which would be good for him as well as the team.

5. Tennessee Titans (from LA Rams): Marshon Lattimore CB / Ohio State
Although cornerback is not their top need, Lattimore is the best cornerback in the draft and would be hard to pass on. Despite his injury history, he has the prototypical size and length to be a successful corner. This pick would provide valuable depth for the Titans and allow them to grab one of the best players in the draft.

6. New York Jets: Deshaun Watson QB / Clemson
While Mitch Trubisky may be considered the best QB prospect, Deshaun Watson is a close second in my opinion. He may also be more pro ready because of the amount of big time games he has played in and his starting experience. The Jets need someone to step in and lead them, and Watson fits the bill.

7. Los Angeles Chargers: Malik Hooker FS / Ohio State
Ever since the Chargers cut Eric Weddle, they have lacked a true ball hawking safety; Hooker can be just that. He is still raw in some areas of him game, but the ball skills and the potential he possesses make him an easy pick here.

8. Carolina Panthers: O.J. Howard TE / Alabama
Cam Newton continues to be one of the most pressured quarterbacks in the NFL, so why not provide him with another big athletic receiving option? With Greg Olsen nearing the end of his career, Howard would be able to learn a lot from him. Howard provides the same skill set and is a fantastic blocker, as well.

9. Cincinnati Bengals: Derek Barnett DE / Tennessee
Although he does not possess the quickness or athleticism that Thomas and Garrett possess, Barnett gets it done. Over his college career, he recorded over 30 sacks. His use of his hands allows him to shed blocks and get into the backfield. He provides depth along the defensive line for the Bengals and could potentially wreak havoc.

10. Buffalo Bills: Mike Williams WR / Clemson
Although we all know that Tyrod Taylor is not the long-term answer at quarterback, I believe wide receiver is more of a need. Williams would be paired with fellow Clemson product Sammy Watkins and would help make the offense more multi-faceted.

11. New Orleans Saints: Reuben Foster LB / Alabama
The Saints have holes all over their defense and could go a variety of ways with this pick. Foster is a plug-and-play linebacker at either the Mike or Will spot. He is a hard-hitting force that fills a position of need for the club.

12. Cleveland Browns (from Philadelphia): Mitch Trubisky QB / North Carolina
Cleveland has been rumored to either take Garrett or Trubisky with the Number One pick. However, I believe Garrett is too good to pass on. Many of the teams between the Browns’ first-round picks have too many needs in other places for them to focus on quarterback; therefore, I project Trubisky to fall to them at 12. This is the best-case scenario for the Browns, and they would love to pull this off.

13. Arizona Cardinals: Corey Davis WR / Western Michigan
The Cardinals are going to lose Larry Fitzgerald sooner than they would like to, as the 33-year- old wideout is quickly approaching the end of his career. This will leave the Cardinals paper-thin at the wide receiver position. They will consider Davis with this pick because he is a tall and dominating wide receiver with a great catch radius. Davis would also be able to learn a tremendous amount from Fitzgerald.

14. Philadelphia Eagles (from Minnesota): Christian McCaffrey RB / Stanford
The Eagles have an obvious need at corner considering that they have an extreme lack of depth at the position. However, this draft class is loaded with cornerbacks, and I believe that they will opt to add another weapon for Carson Wentz to play with. McCaffrey is a dual threat running back who can become a game changer.

15. Indianapolis Colts: Ryan Ramczyk OT / Wisconsin
The Colts could easily go defense with this pick, but I believe that they will choose to protect their quarterback. Andrew Luck has been battling injuries constantly because of a lack protection. It is time for the Colts to protect him; otherwise, Luck’s career could very well be cut short.

16. Baltimore Ravens: Jonathan Allen DE / Alabama
The Ravens are in need of a wide receiver and a pass rusher. They will be surprised that Allen fell this far and will quickly jump on the chance to draft him. Allen is a dominating force who will immediately upgrade their front seven as well as their pass rush.

17. Washington Redskins: Dalvin Cook RB / Florida St.
After the losses of DeSean Jackson and Pierre Garcon in free agency, the Redskins could easily go wide receiver with this pick. However, I believe they elect to select Cook, who is a three-down running back with athleticism and power. He can also catch passes out of the backfield, which gives Kirk Cousins another weapon to work with.

18. Tennessee Titans: John Ross WR / Washington
With no big names at the position, the Titans are desperate for help. After Rishard Matthews, who lead the team in receiving, the number two and three receivers were Delanie Walker, a tight end, and Demarco Murray, a running back. Ross brings speed (a 4.22 40-yard dash at the combine) and great hands to a depleted receiving core.

19. Tampa Bay Buccaneers: Taco Charlton DE / Michigan
The Buccaneers are in desperate need of a pass rusher. I expect them to bet on Charlton’s athleticism and high ceiling. If things pan out, Charlton could be a Pro Bowl-caliber defensive end in the years to come.

20. Denver Broncos: Forrest Lamp OG / Western Kentucky
The only glaring need for the Broncos is the offensive line. They seem determined to develop Paxton Lynch, and to do that, they are going to need to have a solid line. Lamp brings versatility and strength to an offensive line that has been average at best.

21. Detroit Lions: Haason Reddick LB / Temple
Detroit needs help with their pass-rush after being in the bottom tier of sacks in the NFL last year. Reddick immediately adds quickness and youth to the position. He loves to get to the quarterback and can drop into coverage as well.

22. Miami Dolphins: Jabril Peppers S / Michigan
The Dolphins could go offensive line here to protect Ryan Tannehill, but I do not see a lineman worth this pick. Peppers is a great athlete and can play linebacker or safety. His hybrid talent and athleticism makes him the pick.

23. New York Giants: Cam Robinson OT / Alabama
The top need for New York is to protect Eli Manning. With free agent acquisition Brandon Marshall joining Odell Beckham, Jr., this gives the Giants a more complex offense. Now, they just need to give Eli time to throw the ball, which is why Robinson is the pick.

24. Oakland Raiders: Gareon Conley CB / Ohio St.
The Raiders defense lacks quality cornerback play. Adding Conley would give them an immediate starter on either side. He may not be as hyped up as Lattimore, but he is a quality corner with great ball and tackling skills.

25. Houston Texans: Patrick Mahomes QB / Texas Tech
Houston is desperate for a quarterback. After deciding it was in the team’s best interest to move on from Brock Osweiler and after losing out on the Tony Romo sweepstakes, the Texans find themselves with Tom Savage as their QB1. Mahomes is one of the QBs in this draft class who has the most potential. He also has a cannon for an arm and the speed to make defenses look silly.

26. Seattle Seahawks: Garett Bolles OT / Utah
Seattle does not have many glaring needs besides offensive line depth. Bolles would give them that. He is a versatile offensive tackle who could eventually start for the team.

27. Kansas City Chiefs: Takkarist McKinley DE /UCLA
McKinley would bring an immediate change-of-pace to the Chiefs pass rush. He would provide valuable depth and would allow the Chiefs to keep their other pass rushers such as Tamba Hali and Justin Houston fresh.

28. Dallas Cowboys: Kevin King CB / Washington
The whole Dallas defense is mediocre at best, especially after losing three out of their four starters in the secondary. King brings length, speed and athleticism to a depleted secondary. He would immediately take over the CB1 spot for years to come.

29. Green Bay Packers: T.J. Watt OLB /Wisconsin
The Packers are thin at many positions on defense; however, I believe that linebacker is their biggest position of need. Watt provides the Packers with a strong linebacking presence next to Clay Matthews and Nick Perry. Also, J.J. Watt says T.J. is farther along than he was when he entered the NFL, which should mean great things.

30. Pittsburgh Steelers: David Njoku TE / Miami
The Steelers have not had a strong tight end presence since Health Miller retired. Njoku offers a combination of tremendous run blocking and receiving. His athleticism is off the charts, and he could very well end up being the best tight end in this draft class.

31. Atlanta Falcons: Jarrad Davis LB / Florida
The Falcons have a pretty solid defense already, but depth is never a bad thing. Davis is a quick riser in this draft because of his tackling skills and athleticism. He could replace Paul Worrilow, who the Falcons lost in free agency.

32. New Orleans Saints (from New England): Adoree’ Jackson CB / USC
As I said before, the Saints have needs all over their defense. Jackson is a tremendous athlete who can also returns kicks and punts when needed. He would be a Day One starter at cornerback for the Saints. 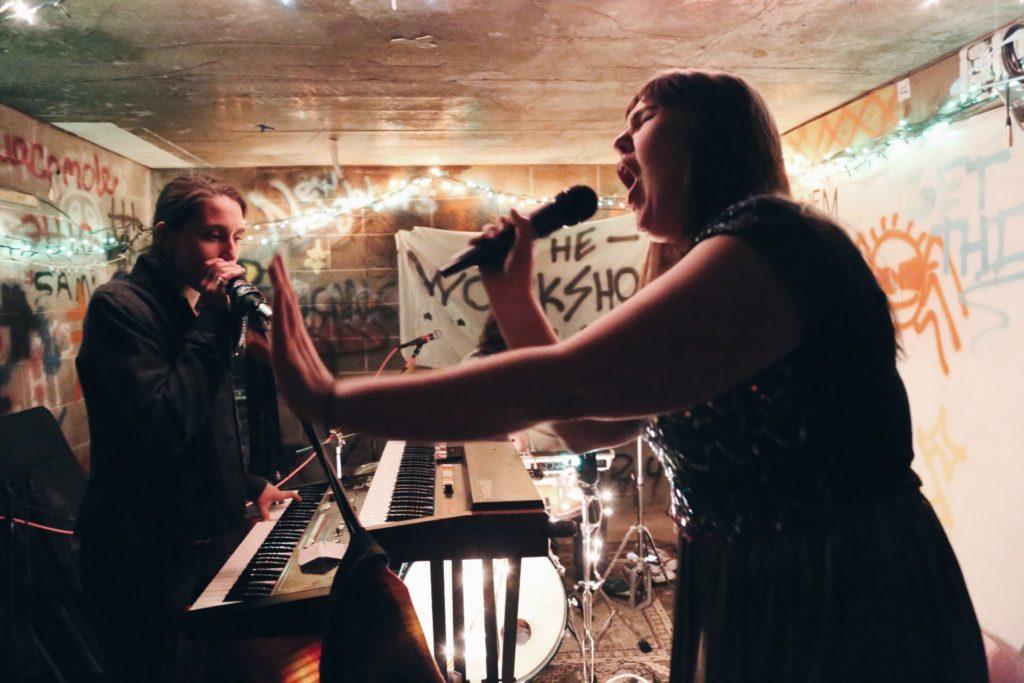 Show of the Week: Shut Up and Listen 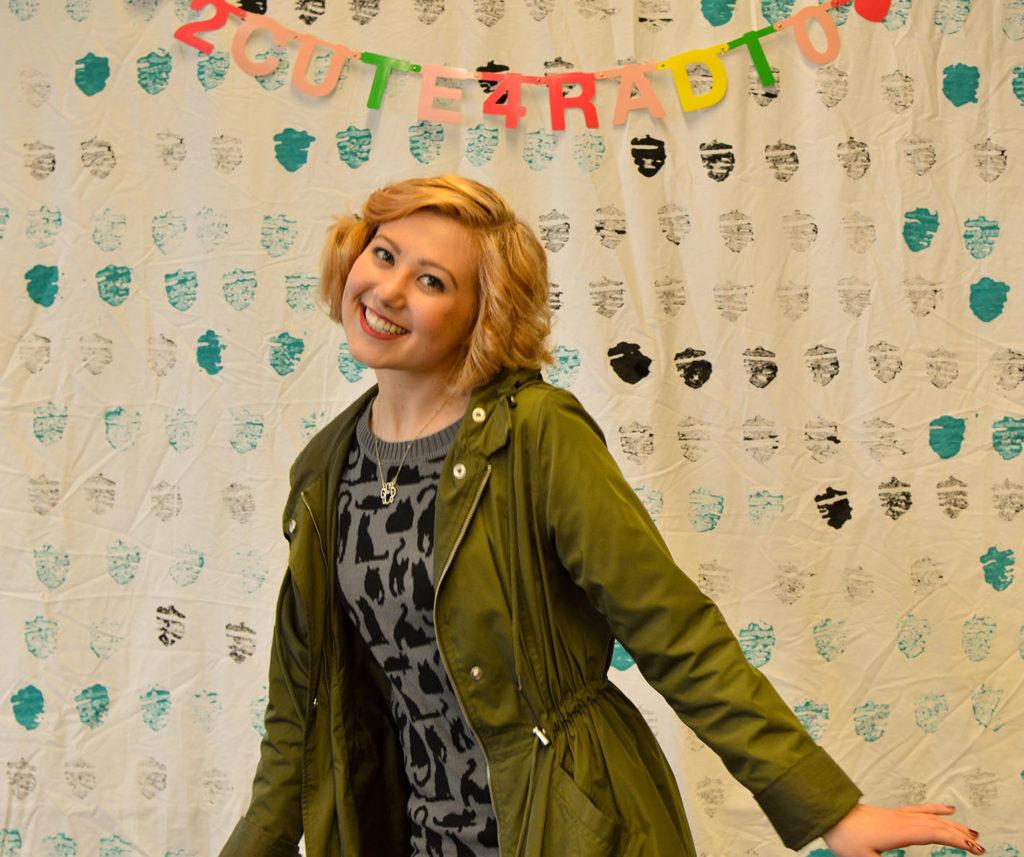