If you have Netflix or any form of social media account, you’ve probably seen or heard something having to do with the show Thirteen Reasons Why. For those who haven’t, it’s based on a book about a teenage girl who kills herself, leaving thirteen tapes behind to thirteen people who have wronged her in some sense. I have many, many gripes with the show which I think can be condensed into a list of thirteen (get it?) Major spoiler warning for the entire first season, and if you have any interest in the show I strongly advise leaving now. That being said, here are my thirteen reasons why I didn’t like Thirteen Reasons Why. 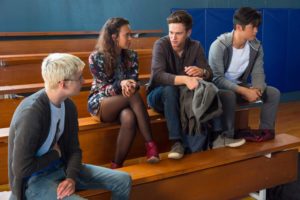 I know what you’re saying. Just because I don’t like a character doesn’t mean the show is bad. Sure, you’re right, but might I add that sometimes it’s really fun to dislike characters. It’s fun to hate Joffrey from Game of Thrones, it’s fun to hate Negan from The Walking Dead. The evil characters in Thirteen Reasons aren’t fun to hate–they’re just evil. The show tries so, so very hard to say, “Hey! Our characters aren’t archetypes! Look! We have a gay character that no one thought was gay because he doesn’t act gay! And this jock? Guess what…he is under pressure at home and is actually a nice person!” But it comes across as desperate and disingenuous–a common theme in much of the show’s existence. 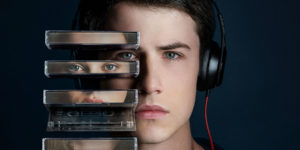 The show is about Clay and his relationship with Hannah and how that both hurt and helped her, but Clay’s defining character trait seems to fall in the realm of “obsessed with Hannah Baker.” I’m serious, there’s not much else to Clay. He is a nerd (when it’s cute and convenient for the story). That’s about it. Clay is pretty milquetoast as it is so him not having anything else going for him really makes it hard to feel a lot of sympathy for this cookie-cutter main character. 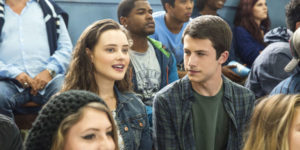 For those unfamiliar with the concept of a “Manic Pixie Dream Girl” it’s a female character who seems to exist in perpetual quirk where her clothes are all vintage and she takes you on spontaneous trips to the butterfly habitat or something. She exists pretty much to forward the main character’s (typically male) arc.

I would define our Hannah as a Manic Pixie Nightmare girl, but mainly to Clay. He doesn’t really see her outside of what he wants to see her as, which is a huge point of the show. This also seems to be her personal nightmare, as she spends the thirteen hours defining just what everyone else thought of her, and how she was different from that. 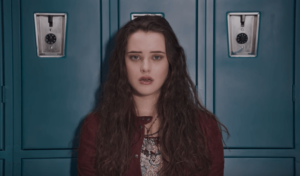 Suicide is not an act of revenge. Suicide has as much to do with mental health as anything else and the fact that the show doesn’t even delve into that makes it a misrepresentation to me. 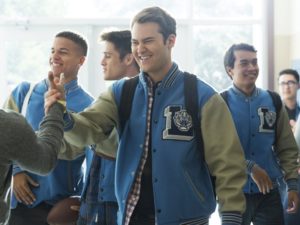 One of the biggest antagonists on the show (arguably the biggest) is a real person. A bully, well-beloved by friends and family, well-beloved enough to get away with anything. You’ve probably met him. He might have gone to school with you, might be in an organization with you. This isn’t a criticism of the show, this is just me expressing genuine hatred for a character who doesn’t just exist inside of a television show.

7. The Hard Scenes to Watch 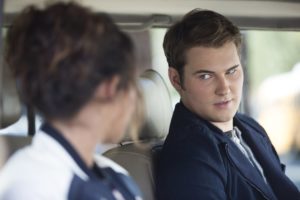 For the sake of being open, there are very difficult scenes to watch in the show. There are two rape scenes. One scene that graphically depicts suicide. There are warnings before each episode, but it still hits hard. You will be exhausted by the time you are done with this show, I know I was. Why show such scenes? Why trigger people further? It just seems like unnecessary “gore” to me. Things that are better off unseen, especially by viewers where it may hit a little too close to home. 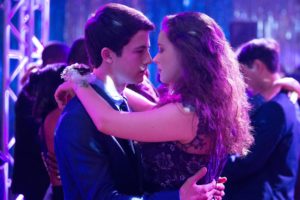 Every drama that occurs in the show (particularly in the first few episodes) reminds me of early Degrassi episodes. If you haven’t seen Degrassi, it was a show that existed for a really long time about teens and their problems. It was melodramatic, but it was around for 14 years (plus a revival) so who am I to judge? Everything that happens during Thirteen Reasons is “teen drama” times 100. The show lingers on a “hot or not” list for an entire episode. I don’t know if my high school experience was just especially tame or if the show is exaggerating to make bullying a forefront problem. My thought is is that it was probably the latter. 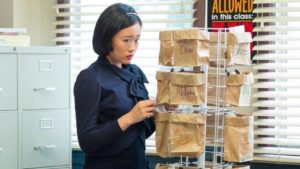 Maybe this had something to do with me not liking most of the characters, but a lot of the times their problems were just so…avoidable. I don’t want to minimize anyone’s real experiences, and I think Hannah was justified in a lot of the problems that she had with people, but the people on her tapes were often confronted with things that were just so inconsequential. I found myself rolling my eyes more often than not.

This one is fairly self-explanatory. I found some of the line deliveries pretty rough, mostly by side characters. For a show which requires a lot of emotional heavy-lifting, a lot of the actors that they got seem to have a very hard time connecting to the characters. I kept thinking of Alex as a I wrote this. His delivery was always a little off and I was never quite sure what the character was feeling. 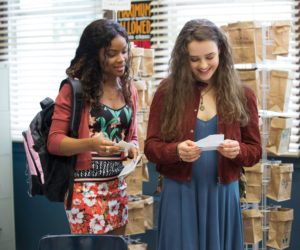 Sometimes the dialogue is just bad. ‘FML’ comes to mind. I don’t think I’ve ever used chatspeak in real life, but maybe I’m not a real teen. 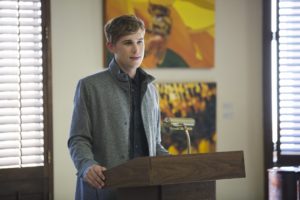 Clay takes a really long time to listen to the tapes. This isn’t a huge problem as it makes sense narratively, but I feel like a lot of the less “important” tapes (tapes like Ryan’s where Hannah gets mad at him for publishing a private poem in his school zine) took up whole episodes. Clay could never do two tapes, one after the other? Even for a small thing like that? Maybe I’m being nitpicky, but some episodes felt like they went on forever, only to squeeze in the main action at the end. 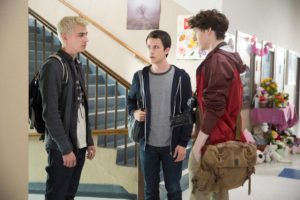 The cliffhangers! The cliffhangers are obvious season 2 bait, in a show where a season 2 may not be realistic. If the showrunners were trying to be poetic in saying that some stories don’t have finite ends, they needed to be more clear with it. We all know more seasons equals more money. Just create a less well-received season two and be done with it. We don’t want your half thought-out cliffhangers.

I’m not bashing you if you enjoyed the show. It had its merits, but I had a lot of problems with it and if/when the next season comes out I won’t be chomping at the bit to watch it. That being said, I hope that they do address these problems in the show to make it better and more enjoyable. 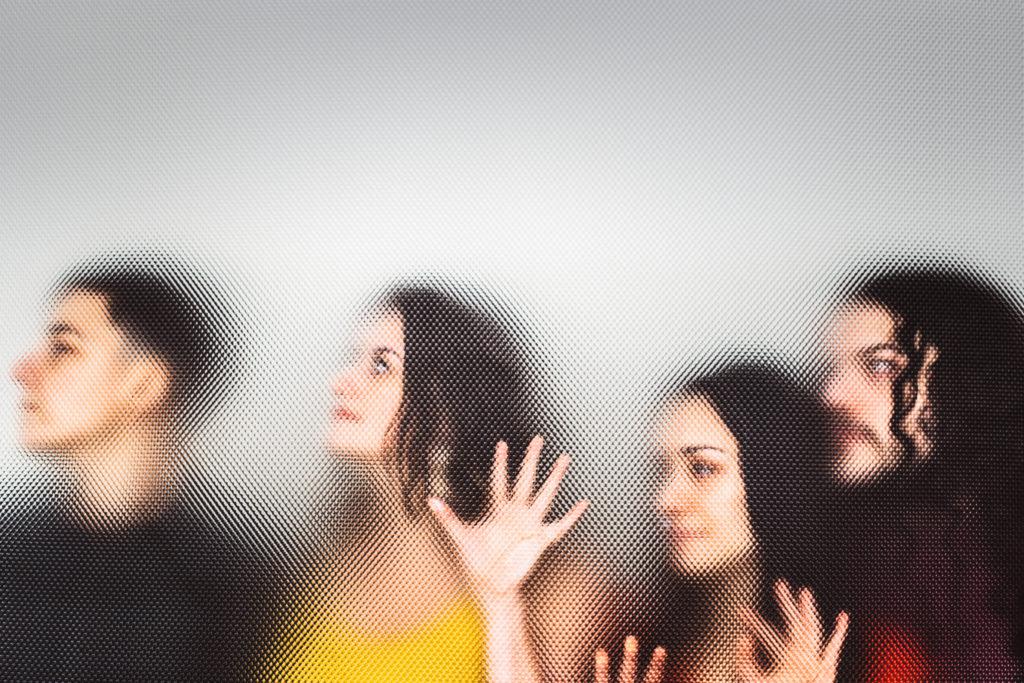 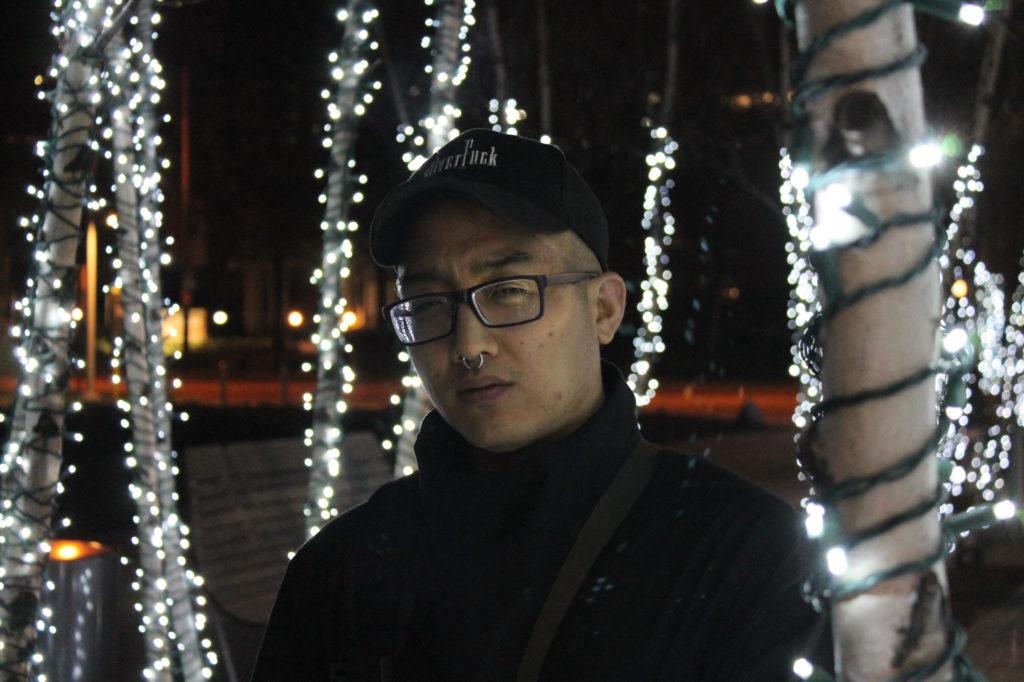