2016 was quite weird, but there’s no doubt it has been an immaculately powerful year for the Rap/R&B genres. Below, I have reviewed the albums I believe to be of the most popular influence over this past year. I’ll provide you with a link to a spotify playlist where all these albums can be found, except Beyonce’s Lemonade, so you can enjoy these tunes as you read along.

Rating: 3/5
At the fresh age of 19, Lil Yachty has made a great name for himself within the past year. Lil Boat was his first album to ever be released and it was greatly noted. His top tracks “One Night” and “Minnesota” are essential to any party playlist. Lil Yachty resonates with his unique sound and presence. It’s almost sounds as if a skilled elementary schooler got a hold of a keyboard, some sick beats, and spoke his mind. And I mean that in the best way possible. One of my favorite aspects of this album is the cover featuring Lil Yachty himself on a tiny boat deep on a sea. He will be around for awhile, mark my words. Watch this awesome video of Lil Yachty going sailing here:

Rating: 4/5
Proceeding the glorious To Pimp A Butterfly is Kendrick Lamar’s third album release, untitled unmastered. This album is short and intelligent like the artist himself. With dates given as names for each track, one can assume these are cuts made from To Pimp a Butterfly. Repetitive victory chants of “pimp, pimp, hooray!” are strewn about the album to hint this as well. Untitled unmastered doesn’t disappoint as it beautifully combines eerie, and often funky, backing beats with the wondrous rap game of Lamar. The track “untitled 07” was cut down to size and turn into Lamar’s hit single, “levitate,” perhaps the greatest snippet this album has to offer. Now, the amount of time till Kendrick will be on tour is unforeseeable so kick back and enjoy this live concert video:

Rating: 4 / 5
Dwelling into a kaleidoscope of funk, Awaken My Love!, is nothing but pleasing to the ears. In this album, Donald Glover seems to revive a style similar to that of Marvin Gaye. The album opens with “Me and Your Mama” which twinkles beautifully into your eardrums, only to hit you with Glover’s passionate outcry for love. Although there is a lack of the usual Childish Gambino rap mastery, this change fulfills and exceeds those boundaries. The raw talent shown in this album is some that cannot be doubted. I constantly find myself asking, what can Donald Glover not do? Overall, this album completely emplifies Glover’s strength as a musician and artist and it is surely worth your listen. Here’s a neat video of Childish Gambino capturing the crowd with a recent performance of “Me and Your Mama”.

Rating: 4 / 5
Kanye is always full of surprises and The Life of Pablo certainly follows in his footsteps. “Ultralight Beam” and “Father Stretch My Hands Pt. I” kick the album off with a spiritual, hip hop vibe which have both received a great deal of appreciation. Kanye has gotten real creative, widely expanding his horizons as a rapper and artist. This weirdness can cause some uncertainty of what he is getting at in these projects, but that is the beauty of it. Kanye has evolved into something new, while remaining true to his old self and music. “Real Friends,” “Wolves,” and “No More Parties In LA” are a few tracks that exceptionally stick out to hold this true. The music video for “Fade” captures Teyana Taylor and Iman Shumpert of the Cleveland Cavaliers, check it out!

Rating: 4 /5
When an album can speak not just musically, but socially and visually as well, that is special. In Lemonade, Beyonce goes beyond any normal limitations. With nine Grammy nominations on the line, this album is not one to toss to the wind. Beyonce keeps up with her influence of girl power in songs like “Formation,” “Sorry,” and “Hold Up” making us gals always feel fearless. A country twang is even added to the album in “Daddy Lessons,” a side not normally shown by Beyonce. If you’re like me and don’t want to pay for Tidal, I suggest you hit up your local public library, cop the CD and DVD, and watch this visual album unfold. There are even poems being read by Beyonce featured in the visual album.. What more could you possibly want? If you’re also like me you’re probably wondering how much of a profit Beyonce made out of mentioning Red Lobster in her hit song, “Formation.” The answer? It boosted sales by 33%. Beyonce truly has more power than any other human I know. The video for “All Night ” can be found here, it will also explain what this “lemonade” business is all about.

Rating: 5/5
It is so refreshing to have another member of the Knowles family elevating the charts. After a four year drought, Solange has released A Seat at the Table and acclaimed her first number one album in the United States. Solange enchants us by intertwining great funk and soul, she’s literally the underrated musical and relational side of Beyonce. The music Solange creates is so beautiful because it’s a kind of Destiny’s Child soul that’d be acceptable to play over a coffee shop. Often Solange is overshadowed by her older sister, yet this album provides everything that Beyonce can’t. And I can’t believe I just said “Beyonce” and “can’t” in the same sentence, but the time has come thanks to Solange! Watch her awesome music video for “Don’t Touch My Hair”.  Seriously, this girl is so cool.

Rating: 5 / 5
Arguably the most long awaited album of 2016 is Frank Ocean’s, Blonde. After a painful four year wait following the release of Channel Orange, Blonde heals all lost time. With writing credentials given to people like Vampire Weekend’s Rostam Batmanglij and the Beatles, the touches in this album are lush and uncomparable. I enjoy this album for the unpredictable sense that drifts throughout each song. Blonde is simple, yet adventurous in its ways. It takes the R&B provided to a much more relaxed, experimental, and psychedelic level than what was found in Channel Orange. Ultimately, Frank Ocean has provided just what we needed to hold us over for what could be another four years. I found this video of Frank Ocean performing “Seigfried” off of Blonde from over three years ago. Who knew all this time he had intentions of putting it on this album!
https://www.youtube.com/watch?v=RkoshvRVpgE

Rating: 5 / 5
Drake was absolutely schemin’ with the hits when it came to his hit 2016 album, Views. Dominating the charts early on with “One Dance,” the rest of the album seemed to follow its lead. With half the album making an appearance on the radio, many of you have probably heard most of this album. Drake receives a lot of hate, but you cannot deny this album can surely captivate a crowd with catchy flows and beats in every song. I saw him perform this album live, and I must say he is an outstanding performer. Make sure you view this video of Drake ballin’ out in a performance of “Hype” on SNL:

Rating: 5 / 5
Chance the Rapper said it best in his recent tweet: “Rihanna’s Anti is underrated. Don’t @ me.” ANTI is simply astounding. Rihanna’s power on the charts has been unmatched with this album. Her hit single “Work” practically shook the nation on its own earlier this year. With other singles like “Needed Me”, “Love on the Brain”, and “Sex With Me” still dominating the charts, it is obvious this album is one not to miss. Rihanna has surely reverted her style and come a long way since her days of “Pon de Replay.” One of my favorites touches to this album is the fact that Rihanna beautifully covers Tame Impala’s “New Person, Same Old Mistakes.” Kevin Parker of Tame Impala discuss his reaction to the piece here:

Rating: 5/5
Coloring Book is nothing short of magic. Chance’s words and melodies will surely grasp your heart and soul. His voice smoothly fulfills this whole album, providing all the hope and assurance you could ever need. With features from the Chicago Children’s Choir to Kanye West, this album is chock full of amazing talents. Chance is set apart from the bunch because he is still not tied down by any labels. All of his music can be found for absolutely no cost. Believe me, you need this astounding artist in your life, so add him to your next playlist. If I haven’t convinced you to listen to Coloring Book enough already, it has recently been nominated for a total seven Grammys… So your excuse is invalid. While you’re at it, check out this live performance of the beautiful tune, “Blessings (reprise)” that was featured on Jimmy Fallon. It actually brought me to tears.

The Hits Should’ve Been… 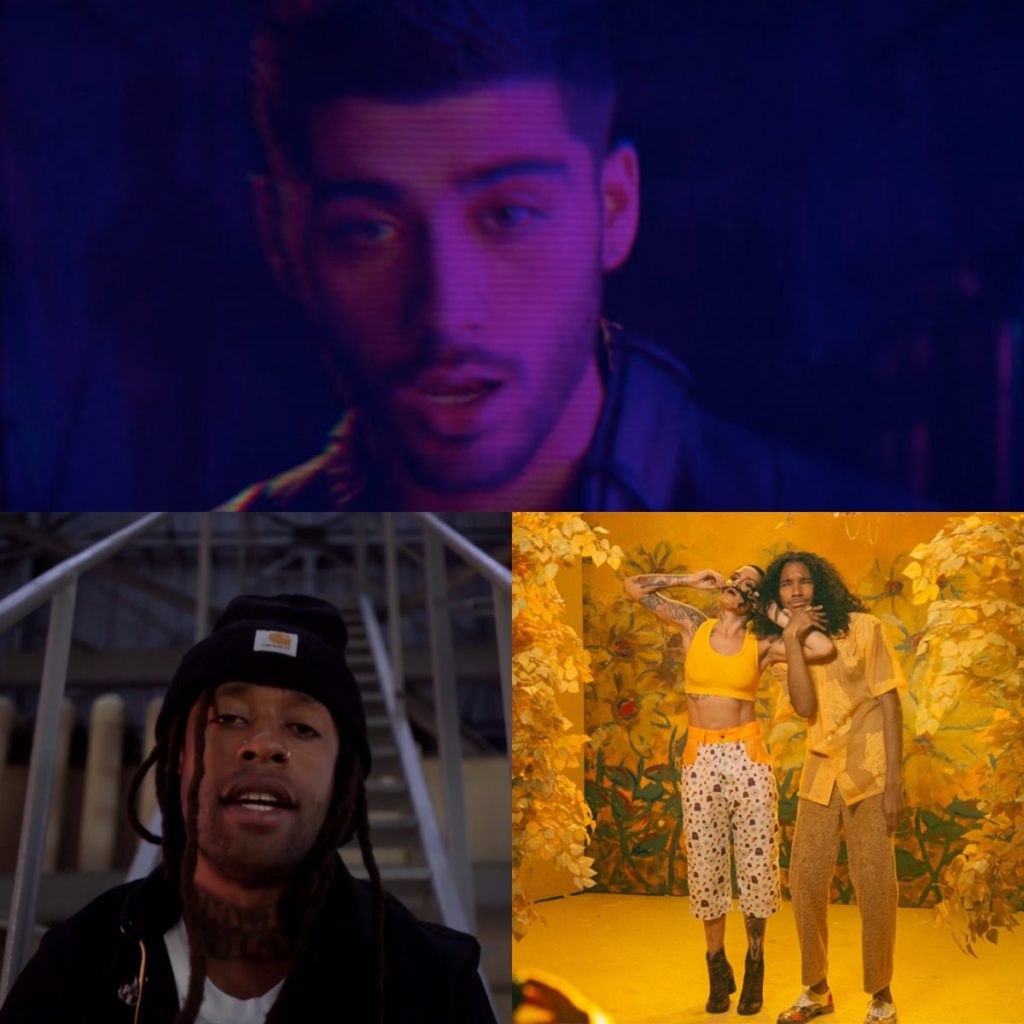 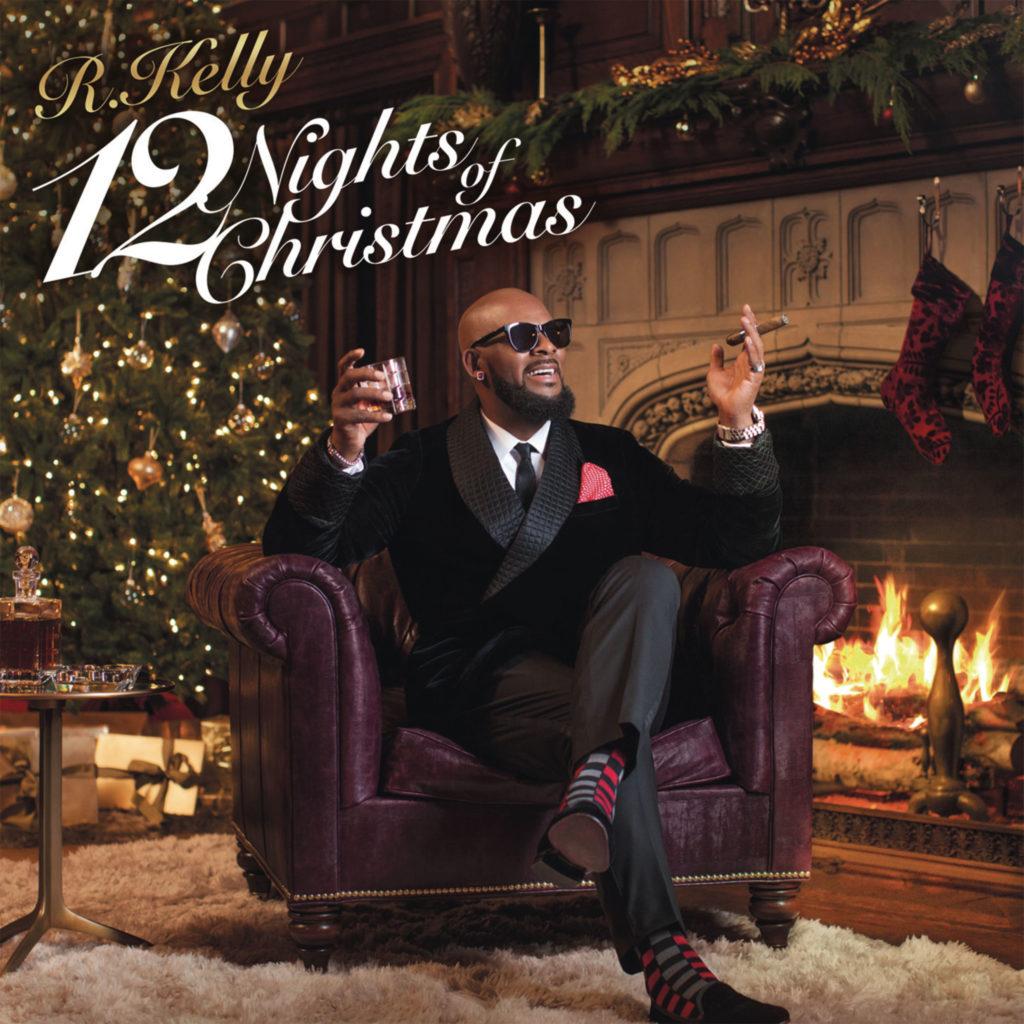