10 Great Guitar Songs That You Should Know

photo courtesy of blogqpot.com
Like all musical instruments, the guitar is multifaceted and there’s no one set way to play it. This article contains songs that prove just that. Whether it’s detuning your guitar in the middle of a song and playing it with a screwdriver or picking clean jangly melodies when all the rage is power chord ingrained macho rock, these artists show that there’s always a new avenue to explore in terms of playing the guitar.

Is there an out of place note in any Strokes song? I don’t think so either. “Soma” is the perfect example of the sleek and crisp New York sound the band is known for is for. That sound is the rhythm and lead guitars going back and forth at each other with a mechanical precision. In layman’s terms, “shit hot guitar licks”.

Subtlety is key. Even though the guitar isn’t the main attraction in “Heroin”, it provides a perfect supplement to Reed’s unsettling and poetic lyrics about drug abuse.

Power chords be damned. One of the greatest things about R.E.M is that Peter Buck used his guitar as an actual instrument rather than just a three chord rock machine. Talk About The Passion” is from R.E.M’s 1983 debut album, Murmur. The jangly changing guitar melody is a great contrast to Michael Stipes’ repetitive lyrics.

7. Rage Against The Machine – Killing In The Name

Who doesn’t love some highly political rap rock? Rage Against The Machine has always been a band to not only push the envelope but shove it right in your face and Tom Morello’s guitar playing does the exact same. With a funky ass out of this world guitar solo that makes you want to punch your local congressman in the face, there’s no way in hell I could not include this song on the list.

Misirlou traces its origins back as a traditional Egyptian folk song so we can’t credit Dick Dale with writing the piece. What we can give him credit for is turning the song into a masterpiece in terms of guitar playing. The speed and intensity at which the song is played still freaks me out. Dick Dale is without a doubt, the undisputed king of the surf guitar. I couldn’t find a live version of the song but the studio recording should do just fine. (I don’t share the same feelings about Pulp Fiction that the person who uploaded this video has.

“Waterfall” is one of the breakout tracks from British Indie band, the Stone Roses’ debut album. What strikes me most about the guitar playing in this song is that nothing is overdone and the result is stunning. John Squire’s melodic playing compliments both the rhythm section to give the song an undeniable groove as well as Ian Brown’s vocals to create a beautiful harmony between the two. Though the Stone Roses fame was fleeting, this amazing piece of music should never be forgotten.

Like a good majority of Police songs, “Synchronicity II” has a noticeable Middle Eastern influence to it. Where it differs from other Police tunes lies in Andy Summer’s guitar playing. He’s able to seamlessly flow back and forth between a simple melody in the verse to the epic chord arrangement of the chorus without it sounding forced. “Synchronicity II” shows Andy Summers and The Police at their best.

As far as early Genesis is concerned, “The Musical Box” is when the band first displayed their technical proficiency and intensity as serious musicians. Layers upon layers of guitar coupled with Gabriel’s strong lyrical imagery paint a vivid and striking picture for the listener. “The Musical Box” is constantly building upon itself and moving forward. Even at 10 minutes and 30 seconds in length, Hackett is able to keep his playing from becoming stale by never repeating the same riff over again. (If you’re into guys dressed up like old men and screaming at you, I’d skip to 9:07 in the video I’ve attached. You know, if you’re into that sort of thing.)

Frank Zappa was a god damn wizard when it came to playing a guitar. I cannot, for the life of me figure out how he made some of the sounds he produced come from just a guitar. I’m still not fully convinced that he was an actual human person. “Hot Plate Heaven at the Green Hotel” is taken from a live compilation from Franks’ 1988 world tour. Slammed right in the middle of a song satirizing Ronald Reagan’s economic policies, is a totally improvised four minute guitar solo. It starts off at a crawl and then speeds up until it decides to come crashing back into the chorus. Frank makes his guitar sound like what would happen if you crossed a steel drum with one of those voice effect machines that make you sound like an alien. (Which I understand makes no sense but like I said, he was a god damn wizard)

This unhinged masterpiece from Sonic Youth’s 1988 album Daydream Nation proves that there’s no one right way to play a guitar. The haunting intro would be enough by itself to land a spot on this list but it’s in the chorus where Moore and Renaldo really mesh together as guitarists that cement “Candle” at the number one spot. Like many Sonic Youth’s songs, it seems like it will fall apart at any moment but never quite does. The combination of noise and pop guitar melodies creates something uniquely beautiful and sinister at the same time. 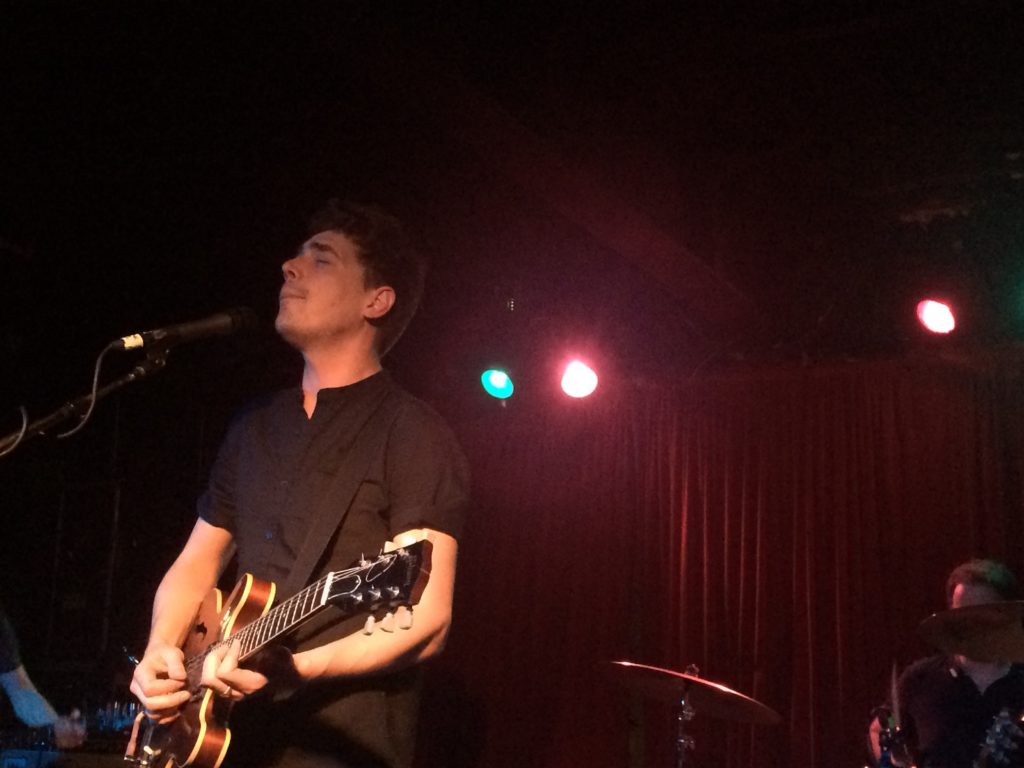