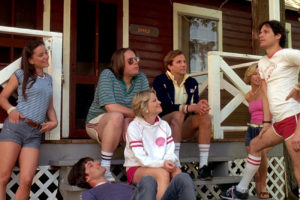 A collection of summer classics and hidden gems.

Summer is here, which means sun, heat, and vacations – but for some of us it means staying indoors and watching those things on television. So here is a list of films to watch during summer break for all the fun of summer from the comfort of your couch.

This summer camp cult classic, by director David Wain, follows the hijinks of the campers and counselors at Camp Firewood on the last day of the camp 1981. Somehow a film that was originally intended to be a spoof on summer camp movies has become arguably one of the best summer films in its own right – at least in the opinion of the numerous fans this farcical film has picked up over the years. But that following isn’t so surprising when you look at all the film has to offer. It’s one of the most absurdly funny and ridiculous things ever made and it has a truly incredible cast of comedians and actors. Much of the cast including Paul Rudd, Amy Poehler, Bradley Cooper, and Elizabeth Banks were not really even famous when the film was made. If you do end up loving Wet Hot American Summer, don’t worry, there is more Camp Firewood available. Netflix recently released a brief series based on the film with all of the major cast members returning and some impressive new additions, and there are rumors that a second season is in the works. Wet Hot American Summer is a great summer watch to live out all of your most ridiculous, raunchy, and clichè summer camp fantasies.

In the film The Way Way Back, awkward teenager Duncan must spend his summer vacation at a beach house with his mom and her domineering new boyfriend. But when partying adults and the overbearing boyfriend get to be too much for Duncan, he seeks out summer solace at a local waterpark where he meets a charismatic employee who takes him under his wing. Duncan slowly starts to come out of his shell with the help of his new friends and he finally starts gaining confidence in himself. The Way Way Back is a charming and an uplifting coming of age story and Sam Rockwell in particular shines as the funny and caring mentor to Duncan. The portrayal of the awkward and confusing teen experience, as well the challenges of complicated adult/teen relationships, are impressively well done. You feel for Duncan and many times understand exactly what he is going through. The film is a surprisingly inspiring comedy drama perfect for finding comfort and hope in even the most difficult of summer situations.

Jaws: the film that kept generations of people out of the water, or at the very least made them afraid of what might be in the water. This classic shark thriller tells the story of several men attempting to hunt down and capture a shark that has been attacking people off the New England coastline. While some of the special effects may not have aged perfectly, the film itself still holds up in part due to the creatively achieved suspense that Spielberg was able to build. The strong storyline and acting as well as the iconic theme music also helped make Jaws one of the first summer blockbusters ever. The film really did impact the way people feel about sharks and the ocean, and it spawned numerous sequels and imitations. It is also a great film to watch to feel better about not getting to go to the beach this summer.

It is the last day of school in spring 1976 in this coming of age cult classic by director Richard Linklater. The film covers the final day of class and the start of summer for a series of high school students. With the help of an amazing ensemble cast and an instantly iconic soundtrack, it perfectly captures the many people and experiences you encounter in high school. Though the film does effectively embody the 1970s timeframe, it also somehow transcends time, giving a perfectly relatable high school experience no matter when you attended. The film is a great choice to kick off summer with full of coming of age memories. Dazed and Confused helps fill you with the optimism of a fresh new summer and the nostalgia of growing up.

In Kings of Summer three teenage boys run away from home to live in the woods for the summer. Best friends Joe and Patrick each decide they want to leave their frustrating home-life for the freedom of living in the wilderness, and are accompanied by a strange and often hilarious new acquaintance named Biaggio. Their summer is full of the many adventures and male bonding the trio hoped for, but it also leads to some unexpected challenges involving outdoor living and conflicts between the friends. Kings of Summer is remarkably funny and surprisingly heartfelt; the film does a wonderful job of portraying the hardships of growing up and dealing with parents as well as the thrill of outdoor living and youthful adventures.

Best friends Julio (Gael García Bernal) and Tenoch (Diego Luna) take a road trip to find a secret beach with a mysterious older woman they just met. The simple adventure taken by these people quickly becomes more complicated as the pair compete for her attention – while she harbors a secret. This Mexican drama by director Alfonso Cuarón (Gravity and The Children of Men) is a beautiful and steamy film, and is much deeper and more complex than the simple story makes it seem. Following the journey these three people take together is truly something special. This is a summer road movie full of more than just the expected adventures and life lessons: it holds a deeper meaning about relationships, friendship, youth and country.

In this Spike Lee classic, tensions start to rise during a heatwave in a New York City neighborhood. Lee plays the lead character, Mookie, a pizza delivery man whose white Italian-American coworkers find themselves starting to clash with some of the black members of the community. The heat in this film is palpable in many ways; you feel the intensity of feelings and summer weather so strongly that it comes as no surprise that the the film inspired a great deal of controversy and acclaim when it initially came out and still retains that excellent reputation and impact today. The film itself is an undeniably impressive feat and even though it was made over two decades ago it still feels just as fresh and relevant today. It is an essential watch, not just because it is one of the more powerful yet entertaining summer films on the list, but also because of the vital social commentary that it expresses.

It is the summer of 1987 and a young man’s plans for a European trip with friends unexpectedly gets cancelled. Instead, he has to spend his summer working at a local amusement park. Initially believing this will be the worst summer ever, James (Jesse Eisenberg) finds himself starting to enjoy his new job after meeting some interesting new coworkers. The amusement park setting proves to be the perfect background for a story of summer adventure and romance, and the fantastic 80s soundtrack only makes it more magically nostalgic and cool. The film and it’s excellent cast do a great job showing just how amazing and terrible a bad summer job can be. Visit Adventureland for one of the most charming and enjoyable trips to an amusement park that you could ask for.

Embodying the spirit of a perfect summer romance combined with the charm of first love, this Wes Anderson film tells the lovely and unusual tale of two young people who fall for each other and run away together. Their almost Romeo and Juliet style romance is continually thwarted by family, law enforcement, and a band of boy scouts who want to find them and keep them apart. The film contains the usual Wes Anderson style, but the story of young love with the addition of the warmth of summer, the 1960s time frame and the small island setting make this one feel particularly special and endearing. This quirky summer romance is a great film to watch in lieu of your own summer romance, or to relive your first love memories.

The comedy classic that spawned numerous vacation sequels follows the Griswold family as they attempt a cross country road trip to the Walley World amusement park. Just like many real-life family road trips, things don’t go that smoothly for the Griswolds. As they endure constant fighting and unforeseen problems their goal of a great family trip seems more and more impossible. But nothing can stop the Griswolds from trying their best for a good family vacation – not even bad news from a moose. If you are looking for some other vacation options you can choose any of the numerous sequels as well as the recent reboot/sorta sequel, Vacation, starring Ed Helms and Christina Applegate. National Lampoon’s Vacation is a great film to watch to safely live out the family road trip experience without actually having to be stuck in a car with your family for the summer.

These films are great summer fun and entertainment. Whether you are looking for something to watch during your vacation or something to keep you busy during your lack of vacation, these all can bring the fun of summer into your home. 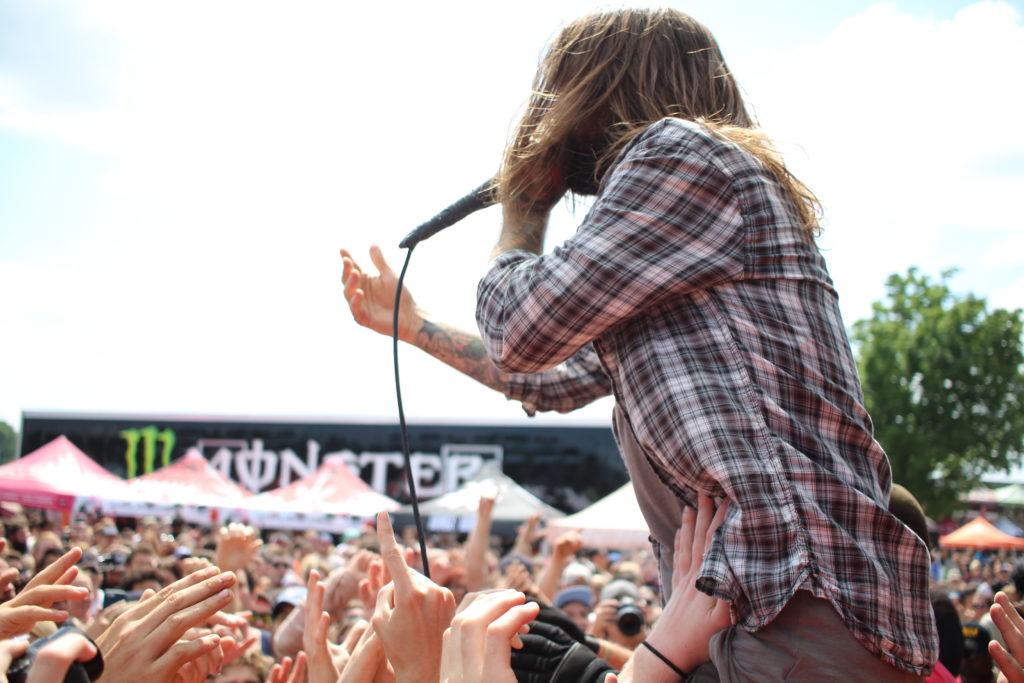 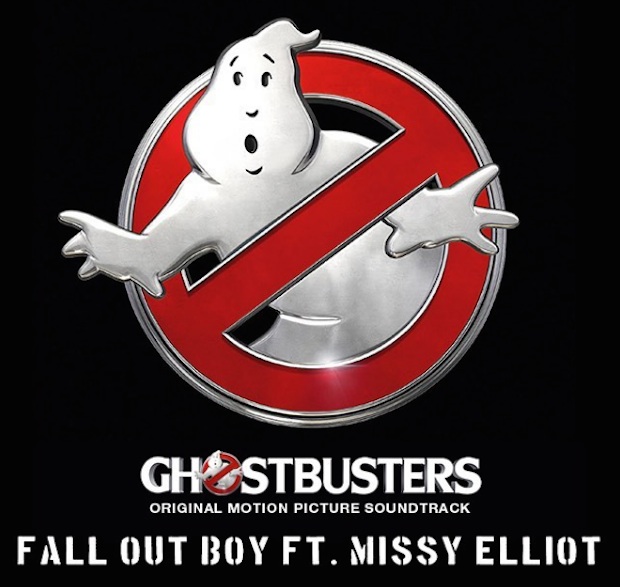